Peter Randall, former chief executive and founder of Chi-X, believes his experience at the pan-European equities trading venue will help SETL win the battle to become the blockchain platform used for institutional payments and settlements.

Randall told Markets Media: “We are dropping 21st century technology into bank mainframes rather like Chi-X did with trading and we have experience of building a community. We believe the platform is more about a community and the regulatory environment than just the underlying technology.”

The SETL initiative is led by Randall and Anthony Culligan, a hedge fund investor and chief executive and founder of Roolo, a peer-to-peer bitcoin trading site which aims to bring bitcoin and blockchain technology into mainstream use in the City.

The blockchain, which underlies the virtual currency bitcoin, is a transparent ledger that holds transaction records and is shared by a network, rather than being held centrally. However while bitcoin is a public anonymously shared ledger, SETL is a permissioned distributed ledger which aims to meet the regulatory requirements of financial institutions for settling wholesale transactions, such as the use of LEI – Legal Entity Identifier – fields.

“SETL has built-in features that bitcoin does not currently provide – identity, operation at speed, performing double-sided transactions and fitting in with existing infrastructure in finance such as Swift and FIX,” explained Randall.

In July SETL announced plans to launch a multi-asset, multi-currency institutional payment and settlements infrastructure in central bank money based on blockchain technology which can by used for any platform, exchange, currency and asset. Once a transaction is agreed SETL simultaneously exchanges and assets between market participants to reduce post-trade expenses, which cost the financial industry an estimated $65bn to $80bn per year. Reducing settlement times will also decrease the capital requirements for banks.

Institutional settlements require scale and the bitcoin blockchain is currently limited to seven transactions per second on a global basis. In comparison the CapGemini/RBS World Payments Report 2015 said total non-cash payments globally, including all wholesale and retail electronic payments, amount to 389 billion per year or 1.06 billion movements per day.

This month SETL said that its test network had broken through the barrier of one billion transactions per day by using a network which runs across a number of interlinked and communicating blockchains.  Assets deployed on one chain can be transmitted to others through a ‘witness node’ on the sending and receiving chains. Randall compared the process to being able to send and receive text messages between phones on different telecom networks.

“We have agreed multiple non-disclosure agreements as firms do due diligence and we hope they will become investors and owners,” added Randall.

SETL faces competition as banks, exchanges and clearers have set up their own blockchain and payment initiatives. Today CME Group said it has signed a commercial agreement with Dwolla, which has developed FiSync, an on-demand payments platform that has been live since 2012. The US derivatives exchange is also a strategic investor in Dwolla through its investment arm, CME Ventures.

Ben Milne, chief and founder of Dwolla, said in a blog: “It’s a big day for everyone who works on real-time systems because, as far as we know, it’s the first time a systemically important enterprise in the U.S. will begin building with a new real-time payment framework. It’s a stake in the ground, not just for Dwolla’s technology, but for the market—that change isn’t just coming, it’s upon us. This isn’t going to change how millions of dollars in transactions are processed. It’s going to change how billions of dollars are processed. That’s exciting.”

A bank consortium has formed R3 to design and apply distributed ledger technologies to global financial markets and had 22 members at the end of September. Today R3 said it has signed up another three members. 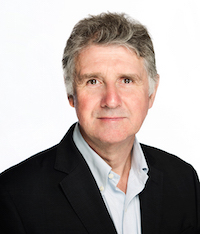 Oliver Bussmann, chief information officer at Swiss bank UBS, told the Bloomberg Markets Most Influential Summit in London this month that more than 100 software companies are trying to develop public ledger technology for security and scale.

Randall said: “Post-funding SETL believes that the timing of its services will be driven primarily by the regulatory agenda.”

Last month Andrew Haldane, chief economist at the Bank of England and executive director, monetary analysis and statistics, said in a speech that it may be possible for government-backed currency to be issued in an electronic rather than paper form. “In one sense, there is nothing new about digital, state-issued money.  Bank deposits at the central bank are precisely that,” Haldane added. “The technology underpinning digital or crypto-currencies has, however, changed rapidly over the past few years.  And it has done so for one very simple reason:  bitcoin.”

Haldane continued that the distributed payment technology embodied in bitcoin has real potential.  “On the face of it, it solves a deep problem in monetary economics: how to establish trust – the essence of money – in a distributed network,” he said. “These questions do not have easy answers.  That is why work on central bank–issued digital currencies forms a core part of the Bank’s current research agenda.”

This week Mary Starks, director of competition at the Financial Conduct Authority, said in a speech at the Organisation for Economic Cooperation and Development in Paris that global investment in fintech tripled from a year earlier to $12bn in 2014 and the UK Government has appointed Eileen Burbidge as a special fintech envoy. Starks added that blockchain technology has game-changing potential.

“Fintech is driving not only the new generation of challenger banks, but also a range of businesses looking to challenge traditional banking in more disruptive ways. A shake-up that many would argue is long overdue,” she added.

Starks said the UK regulator has a statutory role to promote competition in the interests of consumers. A year ago the UK regulator launched Project Innovate and the Innovation Hub, a unit within FCA, geared entirely towards working with innovative businesses. In the first nine months of operation, the Hub has provided or is in the process of providing ongoing assistance to 144 firms and 51 informal steers, which are not legally binding but provide feedback about the regulatory implications of firms’ business models.

“The Innovation Hub does two things. One is to provide direct support to innovative firms,” she continued. “Fintech firms often struggle with how to start a conversation with the regulator – the Hub provides such an avenue, with an approach tailored for these firms. New business models may not fit easily into regulations designed around the last generation – we can advise individual firms on navigating the regulatory framework, and take soundings about which aspects of it we may need to review.”

In June the FCA consulted firms on specific regulatory barriers they face when innovating using digital and mobile solutions and the Hub is currently analysing the responses to provide feedback later this year.

Starks added: “The Innovation Hub is also exploring the feasibility of a regulatory ‘sandbox’ – a safe space in which businesses, new entrants and established players alike – can experiment with innovative products, services, business models and delivery channels without immediately incurring all the normal regulatory consequences. We will report the results of the feasibility study to the Government this autumn.”

The Payment Systems Regulator, a subsidiary of the FCA, has also been set up to promote the interests of service users, competition, and innovation in payment systems. Starks added that payments innovation is one of the most active areas in fintech, with perhaps 40% of the fintech population operating in this segment. However innovations such as the digital wallet, contactless payments and Apple Pay operate on the existing infrastructure of Visa/Mastercard and the interbank systems. “We have not yet seen anything to challenge these systems at an infrastructure level,” she said.

“So far though fintech is keeping traditional financial services on its toes rather than yet posing an existential threat – in particular none of the above threatens to displace the core maturity transformation (borrow short, lend long) activity of big balance sheet banks,” she continued. “Traditional financial services may be facing ‘Uber-style’ competition but not yet ‘music streaming-style’ demise.”

Randall expects blockchain to have the same impact in financial markets as the introduction of standard containers on world trade. Uniform metal containers were invented in the US in 1956 and the subsequent reduction in shipping costs led to a 320% increase in bilateral trade over the first five years and 790% over 20 years according to an academic paper cited by The Economist.

“Blockchain is the containerisation of finance,” said Randall. “After standard containers were introduced, volumes of world trade exploded as enormous expenses were removed.”