Can regulation, the wet blanket of financial markets, enable innovation?

The answer is: sometimes.

FinReg can drive innovation via RegTech, which is a drier and less buzzier subset of FinTech. 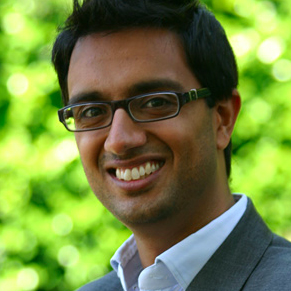 “RegTech is interesting in the sense that sometimes regulation can act as a driver for startup growth,” said Hussein Kanji, founding partner at London-based Hoxton Partners. “Normally regulation is a burden, but regulation can be an enabler that makes something a must-have. If a startup is building something interesting around that, it becomes a driver of growth.”

In financial services, regulatory technology can be defined as that which deploys technical processes, methods or knowledge to help market participants and operators comply with regulations as efficiently and painlessly as possible. If there are new rules around trade reporting, for example, RegTech can enable a hedge fund to collate and submit its data, on time, to the indicated regulatory authority — while consuming as little man-hours and cash as possible.

And there is no shortage of rulesets for RegTech firms to work with. In the U.S., Dodd-Frank is still unfolding more than six years after it was signed into law, and the Securities and Exchange Commission has moved on initiatives such as Regulation Systems Compliance and Integrity and the Tick Size Pilot Program. In Europe, market participants are steeling themselves for the January 2018 implementation of Markets in Financial Instruments Directive II, or MiFID II.

RegTech is big business. According to industry estimates, financial institutions spend more than $70 billion on compliance annually, and global demand for regulatory, compliance and governance software is expected to approach $120 billion by 2020. 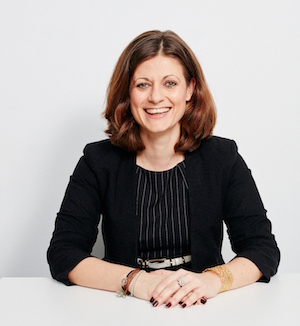 “When RegTech emerged, it was about letting new firms solve old problems in more creative ways,” Glyptis told Markets Media. “It was a business opportunity for people; solutions were tested and the ones that were found suitable and robust were used.”

But as RegTech has gained traction, it has drawn some of the hype that surrounds FinTech. This is potentially problematic, as hype does not sync well with the defensive posture of the compliance office. “When it comes to regulation, being compliant is what matters,” Glyptis said. “Doing it with panache is a very distant second.”

“The biggest issue is that when we’re talking about regulation, clients want a proven solution,” Glyptis said. “Unlike the numerous FinTech experiments banks engage in, they don’t engage in a RegTech exercise for the learning experience. They don’t have the time to experiment when compliance road maps are given and specific. Plus the stakes, in terms of the cost of failure, are far higher.”

“While that is great because the business case writes itself, it’s also bad for RegTech firms trying to go down the well-worn incubator, lab and industry challenge path,” she continued. “The cost of failure is not learning as it is in other aspects of innovation, rather it’s a potential delay that could cost a lot in terms of customers, brand reputation and loss of income or even hefty fines.”

The focus of RegTech has recently shifted away from specific regulations and toward compliance in the Anti-Money Laundering and Know Your Client space, Glyptis noted. Such areas are notoriously manual and cumbersome, which makes them ripe for innovation; but there are challenges in taking the next step.

“So while the opportunity is huge, it is not as starkly monetizable,” Glyptis said. “The opportunity is error reduction, higher efficiency, etc. But the challenge is that the head space for innovative projects and engagement in new technologies is already small, because there’s so much else going on that the same group of executives have to think about and solve for.”

Without a clearer path to revenue, “RegTech will become another label with a lot of smart people working on a lot of promising ideas, but little in the way of traction, because it is not something that can be done at the fringes,”Glyptis added. “RegTech and compliance need to sit at the heart of the organization. And new technology should be at the heart of the business. That is the opportunity. And the challenge.”

Hoxton Ventures, an early stage venture capital firm, has invested in Behavox, a London-based enterprise compliance software firm founded in 2014. Kanji acknowledged that compliance procurement decisions can lend themselves toward established providers, but there are opportunities for RegTech startups.

“If you’re a bigger company,  you always want to buy the safer, well-known product, the one that won’t get you fired,” Kanji said. “But with new markets like RegTech, sometimes conditions are such that the bigger guys don’t have products available that are perfectly suited. That presents an opportunity for a younger company.”

“As a small company, you need to be a painkiller — you can’t be a vitamin. You can’t be a ‘nice to have’, you have to be a ‘must have’ that no one else in the market comes close to fulfilling,” Kanji said. “It’s not that there’s so much change in the regulatory environment that it’s catalyzing the growth of every single company, but there are a handful of companies that do get enabled by these conditions.”