Firms who need to report under the European Union’s incoming Securities Financing Transactions Regulation should be ready to test in the second half of this year.

The European Commission adopted SFTR in December last year  and the regulation is slated to be phased in from the second quarter of 2020.

The rules require all securities financing transactions including repurchase agreements, securities lending and margin lending trades to be reported to an authorised trade repository the day after a trade. The data, consisting of approximately 150 fields, should allow supervisors to monitor market developments such as the build-up of leverage in the financial system.

Tom Pikett, SFTR business manager at MarketAxess’ reporting subsidiary Trax, told Markets Media there has been more engagement on SFTR from large buy-side firms and hedge funds following the adoption of the final technical standards from the Commission. 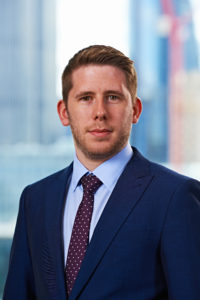 “The biggest concern is that the industry runs out of time,” added Pikett. “There is a huge underestimation of the complexity of SFTR and there is only 15 months until the first phase goes live in April 2020.”

He warned that the UK ’s departure from the European Union is also taking a huge amount of resource and Brexit has additional reporting implications.

Trax announced a collaboration with EquiLend, the securities finance trading, post-trade and market data provider, in 2017 to provide straight-through SFTR reporting as the largest market participants use EquiLend as a trading venue. Volumes of electronic trading have been increasing in order to meet the reporting requirements more efficiently.

Pikett said: “Equilend have seen huge growth in trades on their venue and we expect to see an increase in automation in securities lending.”

EquiLend said in a report that the firm’s NGT securities finance trading platform experienced record growth last year, with a 35% increase from 2017 in the average daily notional value traded.

The partnership between Trax and Equilend provides enrichment of counterparty and security reference data. Clients can choose either an assisted reporting solution, where they send data themselves to their trade repository, or a fully delegated service, where reports are generated and forwarded to their chosen trade repository.

“We are working with the Equilend MTF to drive industry testing, which did not happen in Emir and caused problems,” added Pikett. “SFTR trade repositories also have to demonstrate their platform to regulators for approval, which was not a requirement under Emir.”

Emir went live in the European Union in 2014 and introduced new reporting requirements for centrally cleared derivatives to authorised trade repositories. However there were issues with poor data quality and lack of reconciliations between the repositories.

As SFTR is due to go live next year, Pikett continued that reporting firms should be ready to test in the second half of this year.

“We already have a test environment for firms to start running scenarios through,” Pikett added. “We are waiting for messaging specifications from Swift. FIX Trading has also set up new working groups for securities lending, repo and SFTR.”

The International Capital Market Association has also set up an SFTR Task Force through the ICMA European Repo and Collateral Council. The group grew last year and now includes approximately 100 member firms from both the sell side and buy side, market infrastructures, vendors and regulated trade repositories.

ICMA said in its latest quarterly report: “SFTR was one of the main issues on the agenda at the ERCC General Meeting in London on 17 October. The introduction of extensive reporting requirements through the SFTR is one of the major challenges that the industry is currently facing.”

The adoption of the final @EU_Commission SFTR technical standards in December provided further momentum for the implementation work done by ICMA’s SFTR Task Force under the European Repo and Collateral Council (ERCC). More about the work of the group https://t.co/hNA58sPDXo

The report continued that the European Securities and Markets Authority is planning to publish detailed reporting guidelines which aim to provide concrete examples and discuss different reporting scenarios.

“In anticipation of this work and in order to make sure that the ERCC’s views are appropriately taken into account, the SFTR task force already submitted in December extensive early feedback to Esma and will continue to actively engage with them on this important initiative,” said ICMA.

The association added that it is working on agreed definitions and detailed best practices to facilitate the implementation of SFTR and will then incorporate these into the ERCC’s existing guide to Best Practice in the European Repo Market.