Eleventh-hour efforts to prevent going over the fiscal cliff are underway, but it will be several days before an agreement is reached, if at all.

The “fiscal cliff” refers to a federal law scheduled to take effect on January 1 that will rescind the Bush tax cuts and make other adjustments to federal tax laws, with the overall effect being to increase tax rates and at the same time slash discretionary federal spending, much of it defense spending, across the board.

If the fiscal cliff takes effect and remains in effect, it is estimated that over a ten-year period it will increase federal tax revenues by about a trillion dollars and cut federal spending by approximately the same amount.

President Obama has proposed to avert the fiscal cliff with a new law, the main provision of which would be to rescind the Bush tax cuts for anyone earning more than $250,000 a year. This is opposed by conservative Republicans on the ground that the President is proposing a tax increase for everyone earning $250,000 or more. 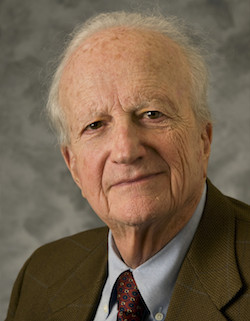 “That is incorrect,” said Gary Beckman, professor of economics at the University of Chicago Graduate School of Business. “Their taxes will rise beginning on January 1 if the fiscal cliff is not averted; the President’s proposal therefore does not alter their tax liability, as the law would go into effect the same day that the fiscal cliff, if not replaced by his proposed law, would raise everyone’s taxes.”

The fiscal cliff “is the 800 pound gorilla in the room, yet beware other ‘cliffs’ threatening to hit our economy and the consumer if actions aren’t taken by the end of the year,” warns James Frischling, president and co-Founder of NewOak Capital.

However, lurking below this potential colossal failure of government and the economic impact it would create lie other, albeit smaller cliffs, that also threaten to impact our fragile recovery, Frischling said.

For example, after costly disruptions caused by the strike at West Coast ports, there’s a looming ‘Container Cliff’ which would result in the closing of 15 ports from Massachusetts to Texas if an agreement isn’t reached. The two sides postponed their labor dispute earlier this fall by agreeing to an extension, but the deadline to reach an agreement is December 29th.

“Closing these ports would directly hit to the manufacturing supply chain and, in addition to the shipping and trucking businesses, would impact large and small retailers,” said Frischling.

President Obama is being urged to step in to invoke provisions of the Taft-Hartley Act, “but it’s not like his hands aren’t full with House Speaker Boehner and the Fiscal Cliff,” he said.

Moving down the ‘cliff curve’, there’s also the ‘Milk Cliff’ that would take place if a farm bill isn’t reformed by January 1st. Failure to act in this instance would essentially cause the price of milk to double.

“With no shortage of ‘cliffs’ tied to the final days of 2012, its clear there’s still a lot of work to be done,” said Frischling. “Let’s hope the powers that be are still ready, willing and able to get the job done.”