A FIX for Post-Trade

Historically, FIX has been associated with pre-trade, but the industry is now looking at how confirmations and allocations can be delivered using FIX, including information about how settlement instructions and market fees can be represented.

Both buy- and sell-side firms have been working to implement new guidelines for implementing FIX in post-trade.

“We’ve seen some big names have adopted FIX for equities, and we’re starting to see that in fixed income as well,” Laura Craft, director of equities and fixed Income at post-trade processing provider Traiana, told Markets Media. “Over time you’re going to see a bigger drive towards using FIX in post-trading. There’s a number of banks want to be FIX-compliant all the way down to settlement now. They can use one hosting system, one set of messaging. It makes the whole bank more efficient, and certainly for the buy side as well.” 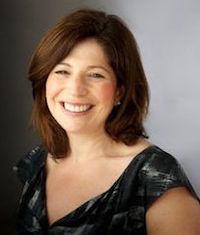 FIX Trading Community’s Global Post Trade Working Group has documented the standards for equities, and now is increasing its scope to include standards for four other asset classes – fixed income, derivatives, equity swaps, and FX. The end result will be a best practice guideline to facilitate STP workflow for buy-side firms directly to their brokers, standardizing communication protocol from order entry through to settlement.

“We’ve been quite successful in the first wave of that adoption of the equity allocations,” said Dave Tolman, a consultant at CameronTec, a provider of post-trade technology. “Pretty much all the major sell sides are supporting it, as are most of the major buy sides that use proprietary OMS, and a number of the intermediary firms, such as Traiana.”

As the tolerance level for post-trade inefficiencies is minimized, the industry is witnessing a determined drive to adopt free, open and non-proprietary standards as the platform on which firms can manage their operational risk and cost base.

Post-trade costs for equity transactions globally could drop by 30% or more using a FIX-based approach, according to a paper by Alpha Omega Financial Technology. For both buy side and sell side trading desks that are under increasing pressure to reduce operational risks while containing costs, FIX-based post-trade presents compelling advantages.

The paper highlights the need for more than one post-trade vendor to submit trade confirmations/affirmations to the Depository Trust & Clearing Corporation, citing technology risks and the benefits of competition.

DTCC, the central securities depository for the U.S., is working with industry participants via its National Securities Clearing Corp. subsidiary to reduce risk in the clearing and settlement process. One initiative revolves around the trade-capture process.
In recent years, NSCC consolidated four separate legacy applications into a single engine, called Universal Trade Capture. UTC has streamlined and standardized the equity clearance process, allowing the industry to better reconcile clearance transactions and manage their risk exposure.

NSCC standardized the interfaces across all market centers so all of them communicate the trade details with one standardized FIX protocol format.

As a result, equity trade capture transmissions from exchanges must be sent to NSCC immediately following execution. Currently, over 95% of clearance submissions are received in real-time, primarily from exchanges and alternative trading systems, such as dark pools. Only a small portion of transactions are still submitted to NSCC at the end of the day through NSCC’s Correspondent Clearing service.

The buy side has been looking at improving the post-trade process, and looking for alternative ways to allocate, confirm, and affirm trades, said Craft. “Through the Post-Trade Working Group, more and more banks and buy sides joining that effort,” she said.

Added Tolman, “We’ve developed a common post-trade framework that crosses all the asset classes to try to keep things basically the same, and then we’re working specifically in the areas of equities, equity swaps, fixed income, FX, and equity options.”