Some firms have already started working towards the new FIX Trading Community standard for periodic payments which aims to increase efficiency and reduce errors.

Laurence Jones, co-chair of FIX Trading Community’s global post-trade working group and director, post-trade strategy at Traiana, part of CME Group, told Markets Media that the non-profit, industry-driven body was originally launched to set messaging standards around executions. In the last five years there has been an increasing focus on post-trade, including allocations and confirmations across asset classes.

Jones said: “The processes surrounding the confirmation of periodic payments has historically involved a large number of manual steps, so FIX aimed to set standards which has never been done before.”

He explained that the process for confirmation of the payment sits upstream from any physical instruction or cash movement, so parties must ensure they agree to the amounts prior to any payment instruction for settlement to occur.  For example, an expected coupon payment on a swap contract when calculated needs confirming between trading parties. 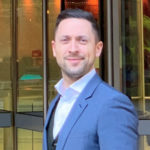 “Adopting a standard brings huge operational and technological efficiencies, and can help reduce errors,” added Jones. “With the regulatory focus that continues to loom across post-trade processing, this is incredibly important’.”

Jones continued that conversations started in 2017 as the process for confirming periodic payments is heavily manual and can incur huge operational and technical costs but change needed the involvement of the buyside, sellside, vendors and service providers’.

“Some firms have already started working towards the new standards and some have started testing, “ he added. “There will be a ramp up in adoption, and I’d expect to see it pick up over the next three to six months.”

In the first phase the messaging standard will be rolled out to a subset of payment types and will be done on a gross basis. Jones added it is possible that netting will be introduced in the future.

Jones said: “It’s incredibly exciting to see the industry continue to collaborate and be part of improving a process, especially when it offers a whole range of benefits across liquidity management, STP and control. In a time where regulation dominates a lot of decision making in this industry, that’s incredibly important.”

Lou Rosato, co-chair of the FIX Trading Community America’s regional committee and director in the global investment operations group at BlackRock, said in a statement: “The natural next step is to continue looking further down the post-trade chain into asset servicing and reporting standards which help the industry reduce risk and operate more efficiently.”