FIX Trading Community, the non-profit standards body, aims to distribute new data flags for equities in the second quarter which could be integrated in a consolidated tape and create a golden source of European data.

The European Securities and Markets Authority has recommended a consolidated tape for equities in its first review of MiFID II. The regulation went live at the start of 2018 in the European Union and aimed to increase transparency, but it is still difficult for market participants to get a complete picture of trading data and trends across venues in the region.

Dick said: “The equities group first met in November and has progressed quite quickly with new data flag recommendations being agreed last week. We aim to distribute a guidance paper for improved usage in the second quarter.”

He continued that there is is a clear ambition that ESMA and the European Commission will use the FIX data standards as a basis for the consolidated tape.

“The regulators should be able to leverage the voluntary recommendations from a neutral independent industry group as there appears to be an urgency to get it done,” Dick added. 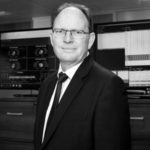 “The new standards, especially for over-the-counter and SIs, can be used ahead of the implementation of the tape,” added Dick. “They will help the buy side identify addressable and non-addressable liquidity which was the main issue highlighted in our first meeting.”

He continued that transparency was a pillar of MiFID II and high-quality data standards integrated within a consolidated tape could create a golden source of European data.

“The work being undertaken by the FIX consolidated tape working group is an important step and it is pleasing to see so much buy-in and enthusiasm to move forward,” said Dick.

Another initiative for the industry body is FIX Orchestra, a standard for implementing machine-readable rules of engagement between counterparties which makes implementation faster and more efficient.

He explained that Orchestra allows users to automate workflows between counterparties and reduce costs for member firms. 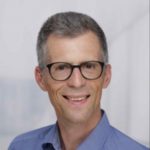 “For example, Orchestra can automatically generate documentation such as the rules of engagement defining an interface,” Klein said. “FIX will publish an enhanced Orchestra XML file together with every new FIX Extension Pack. Users can integrate it into their development and testing environments to automatically have access to FIX Latest without having to manually enter information into their systems.”

He continued that in recent months the participation in the FIX Orchestra working group had increased and a number of interested parties are working to test the software tools supporting Orchestra. The organisation is looking to volunteers for testing, to help make the tools better or to create additional tools.

“This year will be critical for the FIX Trading Community to support the industry to adopt FIX Orchestra, analyzing and testing now and then going into production next year,” Klein added.