On balance, yes, was the take of Connectivity & Liquidity panelists at the Tabb Fixed Income 2018 conference Tuesday in New York.

The issue is that largest handful of OMS providers typically are slow to add new trading platforms to their dashboard. Because the OMS is entrenched on buy-side desks as a way to enter and process transactions in one place, an OMS not including a given trading platform means users of the OMS cannot easily access the platform, which often means they do not use the platform.

So a startup or emerging platform with a new trading model that can potentially add value for the buy side and improve market structure may have its growth delayed or stunted — not on its own shortcomings, but rather due the vagaries of the OMS selection process.

“If you look at the ecosystem, the major EMSs control that spigot of liquidity,” said Susan Estes, co-founder and CEO of OpenDoor Securities, an electronic platform for off-the-run U.S. Treasuries and Treasury Inflation Protected Securities that went live in April 2017. “Is that where the future of innovation should reside?”

Market participants and observers say OMSs’ rationale for including or excluding trading platforms can be unclear. There may be a conflict of interest where an OMS leaves out a new platform to protect the  order flow of an affiliate or business partner, or it may just be a ‘stickiness’ in doing business the same way.

Lord Abbett, a Jersey City, N.J.-based firm with more than $154 billion under management, is among the minority of buy-side investors that uses its own proprietary OMS, according to Andrew Khatri, its director of trading for taxable fixed income.

Khatri noted that while investment managers have a fiduciary responsibility to vet all available trading platforms, there are caveats, i.e. constraints around connectivity. 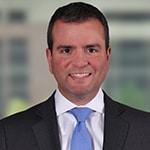 Seamless access to new platforms “would allow me as manager to be able to have best-in-class protocols and tools, at the moment we deem them valuable,” Khatri said. “But there are a lot of hurdles to that, both structural and in needing to change process and workflow. If we’re able to get past that, that would be a good thing.”

For Liquidity Edge, a Treasury trading platform launched in 2015, it has taken more than a year in some instances to get onto an OMS for post-trade processing, said Nichola Hunter, the company’s COO.

“It’s crucial for platforms like us to get in the workflow,” she said. “OMS platforms don’t prevent innovation, but they can slow it down. But as long as new platforms are providing value and demonstrating efficiency, we will drive change.”

An OMS may refer to a new platform approval process, but documentation around what this process specifically entails is not easy to find. That’s according to Paul Reynolds, head of fixed income at TradingScreen.

“New platforms should be of interest to them because it benefits their clients,” Reynolds said. The OMS approval process “should not hold back new platform development.”

Panelists noted that equity and FX trading platforms don’t face the same challenges as their fixed income cousins, so market solutions are out there.

“The biggest issue is trying to define what is the hurdle that will allow us to get there (onto an OMS),” Estes said. “We have built our API and we are ready to go. We want to be able to compete on our protocols.”

“The buy side’s ability to add value for their clients is based on best-in-class tools. If you don’t have those tools, you will be compromised,” Estes continued. “We have proven our value, but the connectivity has been much slower than I expected. It shouldn’t be first come, first served.”