With regard to liquidity of exchange-traded funds, it can be said that there are ETFs, and there are fixed income ETFs.

As institutional buying and selling of ETFs taps into the liquidity of the underlying securities, the characteristics of the markets in individual fixed income issues flow up to the ETFs themselves. And at least in the corporate-bond market, the prevailing characteristic is constrained liquidity.

“It’s the underlying that makes fixed income a challenging market,” said John Adam, global head of product management at trading-technology provider Portware. “A large percentage of fixed income instruments don’t trade every day, so right off the bat you have a creation/redemption problem because you are somewhat beholden to the liquidity that underlies the ETF.”

Corporate-bond liquidity has waned as regulation and capital constraints diminished big banks’ capacity  to warehouse risk and take the other side of trades. “It’s no secret that the bond market views itself as being in the midst of a liquidity crisis,” Adam said. “ETFs aren’t going to solve that so much as they are going to exacerbate it by creating more demand on the creation and redemption side.”

That’s one assessment. Another view is that bid-ask prices on the ETFs themselves provide an attractive alternative for investment managers who need to efficiently add or reduce fixed-income exposure, but don’t want to wade into the weeds of the cash-bond market. 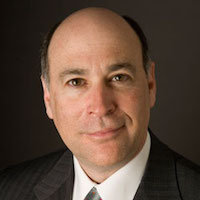 BlackRock, the asset-management giant that famously called the corporate-bond market “broken” in a September 2014 whitepaper, is constructive on how the ETF market — still fairly young and not time-tested — enables institutional investors to buy and sell fixed-income securities. “We think it actually enhances the liquidity of the markets because of the transparency,” BlackRock President Robert Kapito said on a July 15 earnings conference call.

Bond ETFs, which were first introduced in 2002, represent only about 1% of the global fixed-income market, but strong recent inflows — including an estimated $24 billion in the first half of 2015 — indicate the sector is gaining traction. In a Greenwich Associates survey conducted earlier this year, 32 of 128 institutional investors said they planned on increasing their use of bond ETFs over the next year; of the active ETF traders who responded, 90% said they were satisfied with their trading experience.

However some observers note that recent trading experiences have come amid a largely benign fixed-income market, and and it remains to be seen how market liquidity would hold up if interest rates rise sharply. Such a dislocation scenario could undermine the in-kind mechanism of the ETF creation/redemption process, in which securities are exchanged for securities.

“ETFs hold the bonds, and the creation/redemption feature is where you can exchange, in kind, the bonds for the ETF,” said Michael Baradas, product manager for cross-asset strategies and ETF solutions at Bloomberg Tradebook. “Trouble only happens when the only way you can create or redeem an ETF is with cash.”

Whether they are net additive or net subtractive to overall fixed income market, the rise of fixed income ETFs has opened the door for brokers and technology providers to develop products that meet the needs of institutional end users.

“From a technology perspective, it’s giving firms an opportunity to innovate on both what trades electronically, and in how the relationship between a dealer and their buy-side clients can be more productive,” said Adam of Portware. “If I have to go to more of an agency model on the bond side, I don’t want to go back to the days of making 40 phone calls and leaking my information all over the street. It’s primed for an electronic solution.”