Horace Greeley advised the opposite almost 150 years ago, but for fixed income market operators and trading technologists, signs point to Asia as a compelling place to be in the coming years.

The backdrop is that China, Japan and other Asian governments are increasing debt issuance in sync with their expanding economies, and those securities trade in comparatively underdeveloped secondary markets. Trading venues, technologies and protocols will need to improve to meet the needs of global institutional investors. 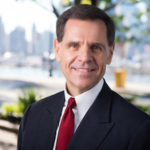 “There are huge opportunities for fixed income in all global regions at the moment, particularly in Asia,” said Michael Paulus, Managing Director at OpenDoor Securities and previously a group head for the Asia-Pacific public sector at J.P Morgan, HSBC, and Citi.

China issued 40.8 trillion yuan ($596 billion) of bonds in 2017, up 12.9% from 2016, according to Xinhua News Agency. Issuance has been running at about 4 trillion yuan per month this year. “China has the world’s third-largest bond market, which is growing rapidly and opening wider to overseas investors,” Xinhua reported.

“Infrastructure needs as well as rapidly increasing wealth in the region are helping to drive the issuance,” Paulus told Markets Media. “While Asian markets are not nearly as developed as those in the U.S. and Europe, technology innovation there is being developed rapidly, and regulators and local governments are taking a more proactive look at how these technologies can be incorporated into bond markets.”

In a vote of confidence in Asian fixed income markets, Singapore Exchange in September led a $53 million financing round in U.S. trading-venue operator Trumid. SGX Head of Equities and Fixed Income Chew Sutat said fixed income is one of the exchange operator’s strongest asset classes, and the investment opens the way for broader opportunities.

“There is growing interest from Asian policy-makers and regulators to encourage electronic trading,” Paulus said. “Players in Asia-Pac are becoming increasingly focused within the region. As these Asian markets develop, there is greater flexibility to adopt new technologies and trading platforms as the incumbents are not as entrenched as they are in Europe and North America.” 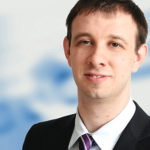 Asian fixed income market structure “is fragmented — there’s no one consistent structure that overarches the entire region,” said Russell Dinnage, Head of the Capital Markets Intelligence Practice at GreySpark Partners in London. “So for institutional investors coming from Europe or the U.S., there’s probably a degree of adaptation that they have to take in terms of their trading models.”

“The range of venues and brokers that are available is significantly more limited,” Dinnage said. “And it’s also limited in terms of the size of risk that typically transmits between one counterparty and the next, at least intra-Asia-Pac. “Most of time liquidity flows out of Asia and into Europe and the U.S.”

As Asian governments have been ramping up debt issuance, so have companies in the region. Between 2011 and 2017, annual Asia-Pacific corporate-bond issuance tripled to more than $930 billion, according to a recent report published by the International Capital Market Association.

Electronic trading of corporate bonds comprises an estimated 10% to 40% of secondary market activity, low compared with the U.S. and Europe, ICMA noted. But those figures are expected to rise as global market participants already working under Dodd-Frank in the U.S. and MiFID II in Europe port those frameworks to their Asian operations.

“Reluctance to embrace e-trading may be changing,” the ICMA report said. “Some firms…seem to be far more embracing of new technologies and appear to be restructuring their business models around greater automation and, quite critically, enhanced data capture.”