Markets Media caught up with Michael Paulus, Managing Director at OpenDoor Securities, which operates a trading platform for off-the-run Treasuries and TIPS. The topic was trends in fixed income technology and regulation.

What is the state of fintech in fixed income? 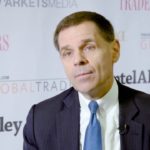 Fixed income is, in a sense, lagging behind other markets in the use of fintech. One of the reasons is that in the U.S. alone, there are more than 20,000 different bonds that have been issued. Most fintech innovation has been in the credit space, but there are challenges. A corporation may issue a lot of debt — but it may not issue debt on a regular basis, and much of its debt will often have different details, in terms of maturity, interest rate, and credit rating.

How can regulation foster (or inhibit) fintech development?

Policymakers in the U.S., and around the world, want to encourage innovation. However, in order to maximize the results it is critical that they make the playing field as level as possible and allow small firms to challenge large ones. One of the key issues is what we refer to as open access. We see this issue in some other industries. In information technology, for example, there are certain dominant entities that you can think of as utilities because everybody needs to connect to them. Any new firm or idea that can possibly challenge one of these utilities gets purchased by one of them. Alternatively, if the company refuses to sell, the utility lays out its market power and essentially forces them out of business. I’m not saying the same thing is happening in fixed income fintech, but there are similarities. Policymakers need to understand the critical importance of open access and a level playing field in order to foster innovation and competition.

Are regulators moving in the right direction overall?

Yes. Overall, U.S. regulators are very open, welcoming and are happy to discuss issues with people at fintech startups and they want to help. However, there is an educational process going on and regulators are closely following and learning about the issues at a faster rate than they’ve ever had to before. Some regulators understand what we are saying regarding open access, while others say they are still trying to familiarize themselves with the issue. So it’s mixed. It’s interesting and encouraging that Craig Philipps, Counselor to Treasury Secretary Steven Mnuchin, recently talked about creating a fintech sandbox, in which new companies are exempt from certain regulations for a certain period of time, in order to see if their particular concept works. So my sense is that regulators are listening, being very open and want to help spur innovation, but it’s a process.

What specific regulation or regulation is most relevant for fintech in fixed income?

MiFID II out of Europe is important. I’m not sure if it’s good or bad for fintech, but it has created new rules and regulations that many of the big U.S. firms are compliant with. And there is an assumption that most, if not all, MiFID II concepts will ultimately be adopted here in the U.S. This is an opportunity for fintech companies because in general we are very MiFID II-compliant already in terms of transparency and being able to produce detailed transaction cost analysis. But if and when the MiFID II-type rules are adopted here, regulators have to make sure that there is a level playing field and incumbents don’t have an advantage simply because of the way the rule is written. That wouldn’t necessarily be regulators’ intent, but the regulations need to be carefully worded. This is where competition and open access come in again. Let everybody compete on a level field, and whoever wins, wins.

Where do you see the biggest uptake in fixed income fintech going forward?

Asia is where some of the biggest innovation is going to take place. This is partly because many of the policymaking entities in places like China, Hong Kong, Singapore, Seoul, and to some extent Japan, are really pushing on the fintech side. In payment systems and some other areas in China, some of the big private firms like Alibaba and Tencent are farther ahead than similar firms are in the U.S., in terms of adoption. That’s on the retail level, but certainly, those concepts and technologies can be used on the institutional side. There aren’t as many incumbents in Asia as there are in the U.S. and Europe, and the incumbents that are may not be as entrenched. So over the next five to ten years, we may see faster adoption of fintech solutions in Asia, simply because there aren’t as many existing structures to change or overcome. It’s more of a greenfield landscape.