The likelihood of a sustained period of low inflation in Canada driven by depressed oil prices is leading some asset managers to diversify their fixed income portfolios by shedding domestic government securities.

“The concentration issue in Canada, the low level of interest rates and potentially liquidity to a certain extent, are a few of the many reasons we are diversifying our fixed income portfolios globally,” Ian Riach, portfolio manager and director of Balanced Portfolio Management, Franklin Templeton Institutional – part of Franklin Templeton Investments in Canada, told Markets Media.

There are unique challenges associated with trading and investing in Canadian bonds. Similar to the nation’s equity market, the bond market is fairly concentrated, with government issuance plus financial services issuance constituting about 70-75% of the total bond issuance in Canada.

“There are utilities, telecoms and some energy companies that issue bonds, but really it’s dominated by the government and large financial institutions like banks and insurance companies,” Riach said. “I think that Canadian government bonds have been bid up pretty dearly by foreign investors about a year ago when they were looking for a safe haven.” 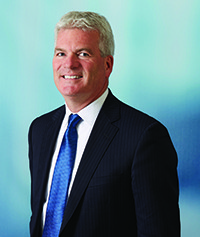 Riach will speak about the global investment outlook at Markets Media’s Canadian Trading and Investing Summit, which will be held April 1 in Toronto.

Based on its assumption of oil prices at $60 a barrel, the Bank of Canada has projected that it will take until late 2017 for the economy to use up its excess capacity. This would mean significant downside risk to inflation, which is already below target. These risks would be even more material if oil were to average $50 a barrel.

“The drop in oil prices is unambiguously negative for the Canadian economy,” Bank of Canada Governor Stephen Poloz said at a Jan. 21 press conference announcing the lowering of the target for the overnight rate by one-quarter of one percentage point. “Canada’s income from oil exports will be reduced, and investment and employment in the energy sector are already being cut.”

Franklin Templeton has been moving assets out of Canada into foreign assets based on its belief that current valuation and growth metrics in Canada are inferior to those in the U.S. and internationally, particularly in Europe.

“What we have noted over the last few years is that correlations in the global equity markets have been tightening,” Riach said. “Canadian investors used to get most of their global diversification through the equity components of their portfolios, but as correlations have tightened we’ve been moving more into the global fixed income area and away from domestic bonds.”

As for U.S. markets, Riach believes that an expected rate hike by the Federal Reserve won’t result in a rush for the exits by investors in either fixed income or equities.

“We don’t spend a lot of time trying to look at ‘Fedspeak’ and figure out when the next rate move is going to be,” he said. “Rather, we take the view that the bias is upwards, but we are not exactly sure what the timing will be.”

A 25 or 50 basis-point increase in the Fed funds rate from these low levels “should not derail the train,” Riach added. “In fact, if there are small, well-telegraphed increases, that can be good for the equity markets because it shows that inflation is not running rampant, rather there is growth that the Fed feels they should fine-tune a little.”

The Canadian bond market follows the U.S. bond market to a certain extent; Franklin Templeton believes rates have less room to go up as early as the U.S.’s may, although on the longer end of the curve, rates may increase a little. “Short-term interest rate moves upwards could be positive for equity markets and negative for bond markets, so we’re keeping our duration or our average term to maturity in the bond portfolios shorter than normal, and over-weighting equities versus bonds,” Riach said. “We are at a pretty significant underweight in fixed income.”

Within the equity markets, Franklin Templeton sees the most value in Europe. While the region has had some problems, it is starting to exhibit nascent signs of improvement. “We may have been a little early to the trade last year, but we have been recommitting to this positioning, so all of our equity rebalancing is basically going into European equities,” Riach said.