QuantCube Technology, the French artificial intelligence start-up and alternative data provider, believes it has a competitive advantage through using many types of data and 13 languages.

The start-up launched in 2013 to process unstructured data elements in real-time from all over the world including information from social networks, blogs, e-commerce websites, shipping data,  weather forecasts and satellite imagery. QuantCube uses Big Data anaytics to create forward-looking indicators for events such as the result of political elections, economic growth statistics and price changes in commodities and stock markets.

IBM has estimated that humans produce 2.5 quintillion bytes of data each day. Thanh-Long Huynh, chief executive of QuantCube Technology, told Markets Media that his 20 years’ experience in macroeconomics and quantitative finance ensures that QuantCube focuses on providing intelligence that can be used for making investment decisions. He began his career in implementing quantitative investment strategies at French bank Société Générale in New York in 1998.

Huynh continued that there are two things that differentiate Quantcube. 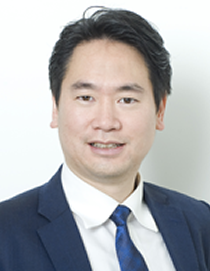 “The first is that we use multiple data sources and have built artificial intelligence teams across text, pictures and graphics,” he said. “In addition most alternative data providers are US-centric and only cover the English language while we have teams for 13 languages including Arabic, Chinese and Russian.”

He gave the example of five times more information about the crude oil market being available in Arabic than in English.

“The sell side has been using our global macro smart data,” Huynh added. “The real-time analysis produces economic data three to six months ahead of official statistics which provides a competitive edge.”

He continued that Quantcube’s data has a correlation of between  85% and 95% with the official numbers once they are released and this has been verified independently by the Banque de France, the central bank.

Andrew Haldane, chief economist at the Bank of England, has spoken about the UK central bank’s use and how it has been used to benefit research.

Haldane gave examples of the promising use of data in a speech in April. For example, MIT’s “Billion Prices Project” uses data from over 1,000 online retailers in around 60 countries to collect 15 million prices on a daily basis.

“This approach has been found to offer a timelier (and cheaper) reading on consumer prices than traditional surveys,” Haldane added. “Online price data have also been found to improve short-term forecasts for inflation in certain markets.”

In addition the UK Office for National Statistics is exploring the use of ‘web scraping’ to complement existing price collection methods. Another example is data on music downloads from Spotify being used as an indicator of sentiment.

“Intriguingly, the resulting index of sentiment does at least as well in tracking consumer spending as the Michigan survey of consumer confidence,” added Haldane. “And why stop at music? People’s tastes in books, TV and radio may also offer a window on their soul.”

The French central bank has chosen Quantcube as one of the fintech firms it its innovation lab which was launched last year and Huynh said the the firm hopes to work with other central banks.

Quantcube also provides analytics to asset managers that they can plug into their investment process and Huynh said that over three years they achieved a Sharpe ratio of 1.8, a measure of risk-adjusted return. Investors usually consider that a Sharpe ratio of more than 1 is considered acceptable to good, while more than 2 is very good.

Last year QuantCube was named as one of 40 companies to work for in JP.Morgan’s report on big data and machine learning in financial services.The bank estimated that the sector contributes approximately 15% of spending in the $130bn big data market. It predicted that by 2020 the total market will grow to more than $200bn.

I am very pleased to announce that QuantCube Technology has raised $5 million Series A funding from Moody’s Corporation and Five Capital. We are very excited to have the support of such strategic investors. https://t.co/42zYYKRA0U pic.twitter.com/nplDs838VG

Rob Fauber, president of Moody’s Investors Service, said in a statement: “As the pace of technology innovation continues to accelerate, QuantCube has distinguished itself by offering powerful analytics using artificial intelligence and algorithmic processing to handle a wide variety of data, and we are pleased to be a part of their continued development.”

A summit held by Moody’s Analytics Innovation in London last month highlighted growing role of artificial intelligence in finance and the company’s collaboration with fintech firms.

Keith Berry, executive director of Moody’s Analytics Emerging Business Unit, said in a statement: “Moody’s Analytics believes strongly in the value that comes from working with startups. With their agility and unique expertise, these new firms help us get the most out of our existing data and resources as we build new solutions. In turn, our business partners can learn from our expertise and gain insight from our customers.”

Ashit Talukder, head of AI at Moody’s Analytics, said in a statement: “It is clear that artificial intelligence (AI) is transforming the financial services industry. It is our view that the impact from this technology will continue to grow exponentially.”

QuantCube Technology said it will use the new financing to expand geographically and to develop new products. Huynh said Quantcube would like to expand into other asset classes such as credit and provide longer-term predictions on geopolitics, real estate and infrastructure.

In addition the company is acquiring drones to develop unique data such as  independent verification of emissions for sustainable investing strategies.

“Acquiring our own drones to measure emissions will give us access to proprietary data and had a lot of fintech applications,” Huynh. “We are collaborating with CNES, the French space agency, which gives us an edge.”

He continued that QuantCube will expand in the Middle East this year and in Tokyo next year. Last year QuantCube was selected to take part in the FinTech Business Camp Tokyo accelerator.

Funds Europe, in association with Clearstream, said in a new survey that the majority believe fund managers will outsource their future data requirements.

[#report] "Managing #data – a necessity and an #opportunity" – the third #research report in the "What's next for #funds?" series with @FundsEurope. Find out more about the findings > https://t.co/4TfIy6rEmZ pic.twitter.com/nCEJsB8hvn

Several predicted fund managers would adopt a hybrid model including some outsourced data functions and some in-house.

The report said: “One respondent suggested that large companies would do it in-house and small companies would outsource. Another said, ‘in theory it should be insourced but in all likelihood it is extremely difficult to sell data challenges to senior executives within a fund management company, therefore it is highly likely it will be outsourced.’ ”