Defined as a disturbance or problems that interrupt, disruption isn’t the most positive word in the dictionary. But what emerges from disruption can be hugely positive in helping financial services companies better connect with customers.

Blockchain and machine learning are examples of disruptive technologies that are starting to penetrate the business of capital markets. For adopters, there is incremental improvement as an objective, and there is going beyond that.

“The vast majority of people are thinking about how to do what they currently do a little bit better. And there is value in that,” said Leda Glyptis, director at Sapient Global Markets. “But with some technologies I would argue it’s not enough. You need to go further.”

“In order to excite and inspire and get creativity going, you need to start looking at the ‘white spaces’, what we refer to as ‘new new’ value,” Glyptis added. “It is less daunting and a little bit easier to imagine when you stop looking at what you currently do and how to do it a little bit better, and focus on what your clients do, and how you can help them do it better.”

While much of the mainstream buzz over the past few years has been about Bitcoin as the first implementation of blockchain technology, financial services companies are most interested in the underlying blockchain technology as evidenced by the emergence of firms such as R3 and Digital Asset Holdings.

“Blockchain technology offers financial services the promise of increased efficiency via secure transactional automation,” said Chris Burniske, analyst and blockchain products lead at ARK Investment Management. Whether it be the transparency and immutability of transactions offered by permission-less blockchains, or the unified and distributed ledger that many permissioned blockchains offer, they all drive out inefficiencies in different ways. There will likely be a myriad of different blockchains that get built into our financial infrastructure over the coming years, many of them specifically designed with a particular use case in mind.” 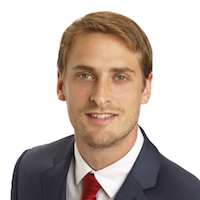 “While there’s lots of hype at the moment around blockchain in the financial services, it isn’t something where you say, ‘Okay, I’m going to use blockchain technology now,’ and then go and download something that magically fits your needs,” Burniske told Markets Media. “Companies (or consortiums) need a software engineering team to either build their own permissioned blockchain implementation, or leverage off the backbone of permission-less blockchains like Bitcoin or Ethereum via an API.

Added Burniske, “many blockchain projects will require overhauling mission-critical architecture, which is invariably a length process. Microsoft is trying to make implementations of the technology more accessible with its ‘Blockchain-as-a-Service’ offering, and IBM and Red Hat are eyeing the opportunity as well. These companies want to make the process akin to the purchase and integration of a new database.”

Machine learning, or artificial intelligence, is another fertile ground for capital markets concerns to explore. Most firms remain in the wait-and-see stage with regard to deploying the methodology, but as with blockchain, it’s considered a matter of when not if takes hold and disrupts the status quo.

WallachBeth started building machine-learning capabilities into its algos as a way to optimize the workflow of the trading desk. The firm had observed that as much as 80% of a trader’s time can be supported through more automated processes, according to Matthew Rowley, chief technology officer of the New York-based agency broker.

“Humans are good at adapting. We are now finding ways to replicate that adaptivity through modern machine-learning techniques,” Rowley said. “The engine learns how to improve from its mistakes and also by its successes. I would say that is disruptive technology.”

Machine learning has been utilized by certain hedge funds and quantitative investment managers for years. WallachBeth is a pioneer in that “it hasn’t really been used in sell-side execution,” Rowley noted.

Disruptive technologies can lead to some boardroom soul-searching. “As some technologies come down the path, that allows you to take a step back and think, there’s so much of what we currently do that is not at all needed anymore,” said Sapient’s Glyptis. “Then it becomes a difficult, scary and often cyclical conversation, where a technology that could completely disintermediate a part of the banking infrastructure is looked at by that very part of the infrastructure for potential efficiencies.”

“If you’re looking at technology that will completely and radically transform what you do, then the most exciting reason to do it is because you can deliver new value to your customers,” Glyptis added. “You’re not going to spend millions dismantling your infrastructure just to be a fraction faster. But you could invest millions if you’re going to deliver an incredible set of services to your customer, and then value to your shareholders. Specifically with blockchain, there are very few people out there who are thinking about new value.”