Administrators are uniquely positioned to provide such information because of the breadth of services they provide, including daily reconciliations, maintaining official books and records, preparing investor statements, and approving wire transfers. 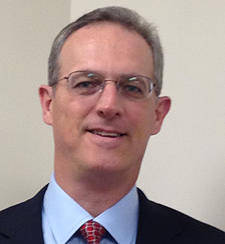 “They maintain the official books and records, record daily trade activity, perform full reconciliations between our internal order management system and the prime brokers, calculate daily and monthly P&L and strike a NAV,” Roeck said. “They also perform transfer agency functions such as processing subscriptions and redemptions, as well as AML compliance.”

“Emerging managers don’t have the staff to advise them on how they should ask an administrator to help improve due diligence,” said Joe Holman, CEO of Orangefield Columbus. “We know what due diligence people are looking for. We will set up the engagement to answer the questions that we know will come. We proactively set up the engagement to correctly answer the questions.”

Following the merger of Columbus Avenue Consulting and Orangefield Group in 2012, Orangefield Columbus manages close to $30 billion in assets under administration and has expanded operations across 18 countries in Europe, Asia, Africa and North America.

A sub-$100 million dollar manager has a different set of due diligence requirements than a $500 million manager or a $5 billion manager. “As more assets come in, investors expect more operational girth,” said Holman. “Control over the bank account is very important to investors, and investors have used that as a reason not to make the allocation. Sub-$100 million dollar managers don’t have enough employees to have true segregation of duties, so they use us as administrator to approve invoices, and then provide supporting documentation. That’s on every investor’s due diligence checklist for smaller managers.”

There are three elements to investor due diligence, according to Holman. First is control over cash and operating process. Second is verifying the existence of assets, and the third is valuation. “Who determines valuations, how are disputes resolved, and is there a valuation committee?” he said. “We work with managers to set up a monthly valuation process around best practices. OTC instruments are consistently valued using observable input.”

Years ago, some funds did their own internal administration, but that’s viewed as extremely suspect these days.