The Bank of England said in a statement that 27 financial institutions active in the UK foreign exchange market participated in the semi-annual turnover survey for the Foreign Exchange Joint Standing Committee (FXJSC) in October last year.

Average daily reported UK foreign exchange turnover was a record $2,881bn (€2,671bn) in the survey, a 2% increase from the previous high in April last year and an 11% increase from October 2018.

Michael Kamerman, managing director at retail foreign exchange FX broker, said in an email: “The results highlight once again how important London is to the global FX markets and the long-term trend of sustainable growth.” 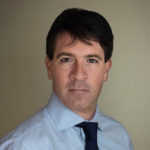 He continued that record trading volumes are the latest sign of confidence, especially as activity increased across most FX instruments, in line with similar data seen in the most recent BIS Triennial Survey.

Marcus highlighted the rise in FX swaps for the third successive reporting period and the 10% increase in non-deliverable forwards. NDFs are derivatives that are used to hedge or speculate against currencies where exchange controls make it difficult for overseas investors to make a physical cash settlement, for example, the Chinese renminbi.

NDFs rose by 10% from the April 2019, with average daily turnover reaching $132bn according to the survey.

“The NDF market in particular is in the early stages of becoming electronified,” Marcus said. “As this occurs and more counterparties enter the market, there is likely to be significantly higher levels of activity over the next few years.” 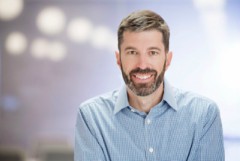 He added in an email that while FX trading levels reached a record high, the picture for spot trading is somewhat mixed.

“Total spot volumes were down, which isn’t surprising with low volatility we experienced during the period, however, key currency pairs such as USD/EUR, USD/GBP and EUR/GBP saw increased average trading volumes,” Pfeiffer said.