Global foreign exchange volume this year will likely remain below the volume in the last authoritative Bank for International Settlements survey in 2013 as the market awaits a new code of conduct.

The report said part of the reason for the drop in volume is the abnormal bout of volatility which drove up activity in 2013 following the elections of Prime Minister Shinzo Abe in Japan and President Barack Obama in the United States.

Aite added that another reason could be that the regulatory pendulum may have swung a bit too far following the global financial crisis causing the FX industry to experience greater disruption, higher costs, and a fair amount of confusion for both the buy side and sell side.

“As the global FX industry awaits pending clarification on existing laws, implementation timelines for new regulations have been extended, and new global codes of conduct are about to be released,” added Aite. “All of these changes will impact FX industry operations for years to come.”

The BIS began pushing for a harmonised global code of conduct for the FX market in 2015 following regulators imposing fines for price rigging which led to banks including Barclays, Royal Bank of Scotland, Citigroup and JP Morgan paying more than £6.3bn in penalties and dozens of traders being suspended or fired.

The new code for the wholesale market is being released in two parts – the first on 26 May in New York and the second in May next year.

Bankers, fund managers, traders and FX business heads are expected to attend the briefing this week at the ACI, the FX markets professional trade body, to hear from the authors of the first part of the BIS FX code of conduct including Simon Potter of the NY Fed, David Puth, chief executive of CLS, Chris Salmon of the Bank of England, and Guy Debelle of the Reserve Bank of Australia. 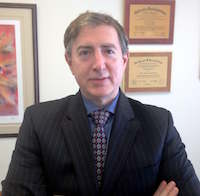 Last year the ACI launched an E-Learning and Certification portal in the US. ELAC is an interactive teaching and testing tool designed to allow individuals and their employers within the financial services industry to learn, test and monitor their understanding of any ethical code of conduct through interactive illustrative scenarios.

Marshall Bailey, president of ACI, told Markets Media: “The effort to harmonise all FX codes globally is very timely and it is encouraging to see the sell side and buy side in agreement.”

Bailey said the global FX code will allow each jurisdiction to have its own penalties for wrongdoing. For example, Aite said the UK has made FX benchmark rigging a criminal offense, and the European Union is introducing similar legislation to punish market manipulation or wrongdoing within its boundaries.

“Topics due out during Part 1 were those the industry requested the most and which required immediate guidance,” added Aite. “For example, banks were reportedly confused about how much and what type of market activity information is acceptable to share with clients to convey market color, with some banks becoming too restrictive on what could be shared, thus disrupting normal market functioning.”

The second part next year will include governance, risk management, and compliance as well as back office processes and electronic trading.

The consultancy said electronic trading in the FX market continues to grow, despite the decline in global trading volume, thanks to increasing use from voice-driven, real money managers and corporations. As a result, Aite Group expects to see increasing adoption of electronic trading across all major FX instruments, reaching about 64% by 2019.

Aite Group has been carrying out interviews for its survey since the latter part of last year and also during the TradeTech FX USA conference in Miami in February this year.

Javier Paz, senior analyst at Aite, said in a statement: “The industry is in search of a more comfortable and predictable ‘new normal,’ but we are not there yet. High levels of electronification and demand from users of FX prime brokered services are two reliable drivers that will pull FX demand forward over the medium term.”