The FX market is on the radar screen of regulators, and the upshot is the need for sophisticated market surveillance systems on a par with those in place for other markets.

“In 2014, we will see a major concern about FX and the manipulation of FX benchmark rates, which is even bigger than Libor,” said Dr. John Bates, chief technology officer of Software AG. “That could impact precious metals and other areas. So 2014 will the year that real-time monitoring and surveillance goes cross-asset in a big way, and FX and maybe even precious metals comes to the forefront.”

The focus on FX follows on the heels of renewed regulatory interest in preventing market manipulation and abuse. 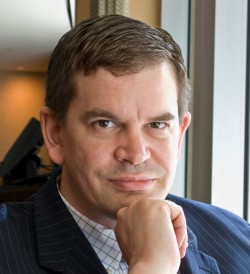 “2013 has been the year of cracking down on surveillance and finally putting systems into place,” said Bates. “One of the things I’ve seen is behavioral monitoring of traders, and systems that can detect both known and unknown patterns of abuse. The hottest issue is surveillance in the FX market. At the end of 2012, there was Knight Capital, and then there was the Libor scandal. You’ve got this in the context of regulators being concerned about high-frequency trading.”

Software AG has been active “in building out a solution not just for market surveillance, but for real-time market surveillance, where you can spot patterns while they’re evolving, and alert compliance officers before reputational damage is done,” said Bates. This covers a wide range of areas, from detecting that algorithms are going out of control, like a Knight Capital scenario, to detecting that the market is being manipulated or rogue traders are in action.”

This goes as far as monitoring for unusual behavior as well as known patterns of market manipulation and insider trading. “We’ve been expanding this, and already have customers in production monitoring their FX trading,” Bates said. “This has been a concern for just a few months now, but we’ve already got customers in production. The demand in this area is huge. We’ve been making sure our system is cross-asset class and takes into account specific types of behavior, as well as monitoring of messaging networks, social media, trader working hours and behaviors—the kinds of things that weren’t done before.”

Bates has been involved for several years applying the same technology used by high frequency traders to the job of monitoring trading activity to try to spot market manipulation, market abuse, rogue traders, flash crashes and algorithms gone wild. “Techniques such as Complex Event Processing (CEP) and other in-memory technologies that involve continuous analytics of real-time data and intelligent action have been used to good effect here,” he said in a blog posting.

He continued, “Now, with the need to monitor the behavior of traders and algorithms, the same techniques can be used, for example, to spot that a trading algorithm is operating outside of its normal parameters, placing too many large trades too frequently, and should be shut down with an automated kill switch. This would deal with the Knight Capital rogue algorithm. Also, a regulator should be able to detect a pattern of quote stuffing or other abuse on one of more trading venues by continuously analyzing the data, just as trading algorithms do.”