Electronic trading in foreign exchange has evolved to the point where high-frequency trading and co-location techniques are being borrowed from the equities world.

“FX brokers and traders rely on colocation to reduce the lag time or latency between the decision, execution and clearance by housing the servers, networking gear and automated trading algorithms in proximity to the major markets,” said Jubin Pejman, managing director at FCM360, which provides ultra low-latency proximity FX hosting, FX colo and connectivity to the major FX marketplaces.

With smaller brokers and traders now engaged in FX trading, colocation needs to be more readily available at the major data centers.

“While these facilities offer basic “rack and stack” services, they do not provide staffing and hardware support, leaving smaller players to turn elsewhere for IT services,” Pejman said. “As a result, companies such as FCM360 have emerged to provide turnkey colocation solutions for the new breed of FX players.”

Pejman added, “While the future role of regulators is uncertain, growing reliance on algorithms and low latency trading strategies in FX will foster steady expansion of colocation. Even for those who do not rely on algorithms, colocation with all liquidity pools in a single data center lowers execution latency making it widely appealing to the entire international FX community.”

Icap’s EBS has moved to address customer concerns over high-frequency trading by releasing a set of trading rules, including widening the spreads on a selection of core pairs on its platform—with full-pip and half-pip pricing on major currency pairs instead of decimalized pricing, revised quote and hit fill ratio targets and new quoting guidelines for Asian trading hours to discourage arbitrage opportunities.

High-frequency traders typically operate in markets with high liquidity and FX is the world’s largest and most liquid financial market. The rise of HFT into an increasingly automated forex market, with EBS, in particular, becoming a hotbed of HFT activity, has made it more difficult for the manual trading segment to compete effectively.

EBS has also introduced a “floor” in latency on its EBS Direct platform. 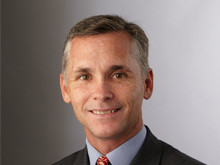 “It’s a short duration randomization of message batching, which is meant to draw a line on a certain level of latency on which you can’t go below,” said Jeff Ward, global head of EBS Direct, during a web panel discussion. “The idea is that latency and speed of execution are extremely important, but not at the expense of a healthy ecosystem. It’s not been a trivial change from a decisioning perspective. It’s something we have studied long and hard. We are the market reference for certain currency pairs. We have regulators and participants who use the data on our platform.”

Given the expansion of FX trading centers in Europe and Asia, FCM360 introduced a technology to achieve colocation called Micro POPS.

“Micro POPS reduces the cost of establishing a Point of Presence,’ Pejman said. “Since their inception, demand has grown among FX brokers and liquidity aggregators who can now obtain a point of presence in, say, Hong Kong, Beijing or Tokyo in-house IT management or capital investment.