Getting Smarts With Surveillance

The wholesale gas markets in Europe, which have been tainted in recent months by the alleged manipulation of prices in the U.K. market, are the latest to employ Nasdaq OMX’s Smarts market surveillance solution in a bid to crack down on market manipulation and insider trading.

The Agency for the Cooperation of Energy Regulators (Acer), the pan-European energy watchdog, is to use the Smarts system across all wholesale gas and electricity markets in Europe covering both spot trading and derivative markets. 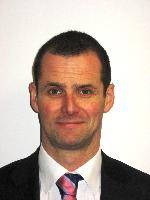 “This is ground-breaking as it is the first pan-European surveillance project, as well as surveillance of the power markets being a relatively new concept,” said Paul McKeown, vice-president of market technology at transatlantic exchange operator Nasdaq OMX.

“We will provide Acer with a monitoring system to consolidate all trading data and for both physical and derivatives wholesale power trading. We will provide them with the ability to spot suspicious patterns of trading and suspicious behavior so they can conduct further investigation.

“The key things is the system will operate on a pan-European basis and will also be available for the individual national regulatory authorities of the 27 members who wish to utilize the system.”

Regulators around the world are concerned about the rise in automated trading and its potential for market abuse—due to the ever-increasing speed and complexity of many orders—and they want to put processes and checks in place to monitor the growing practice.

“Surveillance and transparency are more important than ever and demand close co-operation between regulators,” said Richard Ketchum, chairman and chief executive of the Financial Industry Regulatory Authority, a U.S. self-regulatory organization.

Europe faces a unique challenge in establishing a surveillance program that offers a consolidated view of data because it must navigate local rules and regulatory bodies of many member states. At present, national regulators in Europe are trusted with the task of watching over capital markets.

“Our technology is being used in a pan-European environment now,” said McKeown at Nasdaq OMX. “I am very confident we could support Esma’s requirements on a long-term basis.”

The Smarts system is already used by 45 exchanges across the globe, 11 regulators and around 75 brokers. Nasdaq, which acquired technology provider Smarts Group in July 2012, says it is the industry benchmark for surveillance solutions.

Other markets, especially over-the-counter ones, are also looking to add greater transparency ahead of new rules from the G20 group of nations to bring much of the bilateral OTC market on to more regulated exchange-like venues in a bid to reduce systemic risk after the financial crisis.