As international regulators zero in on changes to market structure, markets such as options and FX are experiencing much of the transformation that equities markets have experienced over the previous decade such as more liquid venues, global reach and, above all, electronic access.

“In the options market, there is greater transparency, more exchanges and improved price discovery,” said David Silber, U.S. head of flow equity derivatives sales at Citi. “The changes in the markets have driven institutional investors to look to sell-side institutions like ours for expertise in derivatives. In a sense, we are in the market structure business.” 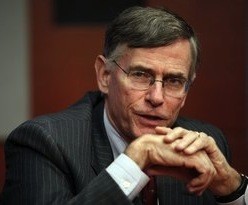 Over the last 10 years the market structure of most countries has evolved from a single trading venue or, at most, a few trading spaces within the same jurisdiction to multiple trading spaces for the same financial instrument, according to a report by the Intentional Organization of Securities Commissions (Iosco), an umbrella group of global securities regulators.

In 2012, 16 trading venues were registered as exchanges in the U.S., and there were 90 alternative trading systems (ATSs) registered with the Securities and Exchange Commission.

In Canada, meanwhile, there are now 11 ATSs carrying on business that ride equity securities and exchange-traded funds. While new provisions from the Investment Industry Regulatory Organization of Canada, a self-regulatory organization, for dark liquidity went into place in the country last October.

“Since that time [in October 2012], we have seen a dramatic decrease followed by a slow but steady increase in the following months in the number of trades across all dark pool venues in Canada,” said Martin Hakker, CEO of Fidessa Canada, a trading technology firm.

In Canada, in addition to the best execution obligations, marketplaces are subject to a trade-through obligation, known as the order protection rule, which applies to the full depth of book, as opposed to the top-of-book requirement in the U.S..

The securities industry has responded vigorously to regulators’ calls for improved risk management and surveillance.

“Over the last few years, we began a process to shift our examination program to a more risk-based approach that would strengthen our ability to identify high-risk firms, brokers, activities and products,” said Richard Ketchum, chairman and chief executive of the Financial Industry Regulatory Authority (Finra), a self-regulatory organization of the securities industry that is subject to oversight by the SEC, in a speech this month.

“We developed new technology to support and streamline the process of examining firms, which is critical to identifying and prioritizing areas of risk exposure,” he said. “It also helps us determine the appropriate regulatory response to those risks and improve our ability to quickly make decisions regarding how we pursue ‘red flags’ and other areas of heightened focus.”

According to the Iosco report, the introduction of MiFID in 2007 in Europe has “changed profoundly the securities trading landscape in several European countries”.

In the last three years, competition has resulted in a substantial shift of liquidity from regulated markets to MTFs and over the counter, particularly in the U.K.

By 2011, the share of trading volume in equities handled by the regulated markets decreased to 36%, while MTFs gained a market share of 24%, and OTC trading accounted for 35%, according to the Iosco report.