Hedge funds are under increasing pressure from both regulators and institutional investors to boost their risk management and investment processes.

At the macro level, hedge funds are being subject to increased scrutiny as part of a broader effort to contain systemic risk within the financial sector.

Hedge funds’ investments have in the past adversely affected the financial system by disrupting liquidity and pricing in markets (market channel risk) or by causing creditors to lose money (credit channel risk). The potential for systemic risk depends on the size, significance and interconnectedness of hedge funds.

According to a newly released report by the Australian Securities and Investments Commission, Australian hedge funds do not currently pose a systemic risk to the financial system.

In 2010 and 2012, the International Organization of Securities Commissions (Iosco) called on members to survey their jurisdictions’ largest hedge fund managers to better understand the systemic risk these funds posed.

In late 2012, the Australian Securities and Investment Commission surveyed hedge fund managers operating in Australia with more than US$500 million under management.

Using information from various data providers and research houses, ASSIC identified 603 active single-strategy hedge funds and funds of hedge funds operating in Australia. This number has been stable over the last couple of years, with only 11 new fund launches recorded in 2012, down from a peak of 75 new funds in 2006.

“Hedge funds have a very important role to play in the Australian financial system and globally, particularly in providing innovative products and strategies to help investors manage their investment portfolios and their risks,” said ASIC commissioner Greg Tanzer in a speech. “Our recent survey work indicates that Australian hedge funds have quite limited levels of leverage and concentration, suggesting that they pose little systemic risk to the financial system as a whole.”

On an institutional level, new research undertaken by analyst firm Aite Group and SunGard finds that hedge funds see institutional credibility as a key element for profitability and achieving growth.

“Institutional credibility is a matter of preeminent concern for top-tier hedge funds,” said Paul Compton, head of strategy for SunGard’s asset management business. “Firms overwhelmingly recognize that clients and prospects have a heightened interest in the stability and reliability of firm operations, and that maintaining systems which will promote client confidence in operations is now essential.” 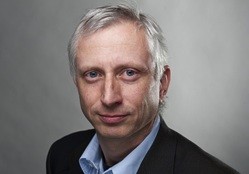 The research surveyed 40 senior executives and managers from Tier I and Tier II hedge funds in the U.S., Europe and Asia and found that nearly 80% of firms see their investment management infrastructure as critical to achieving more efficient operations.

While traditional asset managers are more established in this regard, the vast majority of hedge funds consider this issue to be considerably challenging in the current market environment. General lack of technology support surfaces as the most problematic barrier to achieving institutional credibility.

Firms are now heavily reliant on their technological infrastructure to achieve operational efficiency, with the vast majority considering portfolio management platforms to be of vital importance in this area.

“Hedge funds still consider achieving efficiency in operations to be challenging, just less dramatically so than in other areas explored; indeed, concerns relating to regulatory changes appear to have surpassed concerns surrounding operational and cost efficiencies for many firms,” Compton said.

Regulatory uncertainty has emerged as the most prominent roadblock to achieving operational efficiency, as lack of clarity in this regard impacts future operational decisions.

Initiatives with the greatest degree of complexity, such as FATCA, Form PF, and AIFMD, are expected to have the most significant effects on hedge fund operations.