The high-frequency trading debate in Europe is hotting up once more as policymakers continue to debate its merits.

Politicians and regulators in Europe are looking at ways to better monitor the practice—and even slow it down—following a series of high-profile incidents in recent years that have shaken confidence in markets such as the May 2010 ‘flash crash’ and last year’s Knight Capital trading snafu, when the U.S. market maker nearly went bankrupt following an errant algorithm.

High-frequency traders, though, believe the practice is little understood by politicians as it provides many markets with a valuable source of liquidity and keeps trading costs low for all investors. It is thought that HFT now accounts for up to 40% of all trades on European equity markets.

“The U.K.’s Foresight Project [a major U.K. study into high-frequency trading that was published last year] came to the conclusion that, while HFT activity had surged in recent years, the concerns around its impact on market integrity were unfounded,” said Remco Lenterman, chairman of the Brussels-based FIA European Principal Traders Association, a proprietary trading group which represents firms that trade their own capital on European exchange-traded markets, in a recent comment letter on high-frequency trading to the U.K. Parliamentary Commission on Banking Standards.

“The Project commissioned three separate empirical studies that found no link between HFT and market abuse. One of those studies found that the increase in HFT over the five-year period had actually reduced the likelihood of market manipulation. We would strongly argue that automation is a very effective means of limiting the incidence of market abuse. Electronic trading makes markets more transparent and wrongdoers easier to trace. The recent Libor scandal is a case in point. Manipulation by human traders at several banks went undiscovered for years.”

However, the weapons of choice in the armory of politicians in terms of slowing down the more predatory practices of HFT in Europe are the 11-nation financial transaction tax—which will, once it is fully up and running early next year, render high-speed trading less profitable as each rapid trade performed by high-frequency traders generally only yields a tiny profit—and the second incarnation of MiFID, which is still being negotiated in Brussels but is likely to have a raft of measures in it to slow down HFT for the first time via continent-wide legislation such as a 500 millisecond minimum resting times for orders, order-to-trade ratios, ‘circuit breakers’ to suspend trading on exchanges if necessary and order cancellation charges.

“I am positively inclined in support of a financial transaction tax to slow down the pace of hectic deal-making and trading,” Lord Myners, the former City Minister under the previous Labour government, told a recent House of Commons select committee on the Kay Review, an examination of U.K. equity markets.

“What have we done? How have we ended up in a situation where the evidence and responsibilities of ownership of our major companies can be traded in milliseconds?

The short-term investors have a very different interest. They are not long term. They are not persuaded by an argument that says, ‘This is actually a really good company that has not been particularly well-managed in recent years. Stick with the company; invest in the future. The company looks after its employees and its customers well,’ etc. That argument appeals to a long-term owner. It is an irrelevance to a short-term investor who is here today and gone tomorrow.”

Italy, France and Germany have also already pressed ahead with measures nationally to limit HFT in their markets ahead of the likely MiFID II document, which is expected to come into force in 2015, through either their own FTT plans or even specific anti-HFT laws.

Traditional buy-side market participants, though, who are not inclined to adopt HFT strategies—and who are even sometimes picked off by HFT traders when they attempt to execute their block orders—generally seem more accepting of the practice and of the benefits it brings. 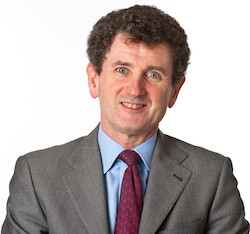 “We are definitely not active traders but the liquidity that the people with a shorter term time horizon provides can be useful if you do want to enact something—and if it wasn’t there, it would make life harder,” said Andrew Parry, chief executive of Hermes Sourcecap, a U.K.-based asset management firm.

“HFT is a style. We are almost characterized as low frequency trading. An investment is fine in itself, it isn’t an evil. We look for an informational advantage from some sort of intellectual insight on the very long term outlook of making a profit, others are doing it on very short-term news flow and information. That is fine as long as there is transparency and checks and balances in everyone’s systems.”