HFT in the Hot Seat

Calls for restraints on high-frequency trading are echoing through the halls of Congress, as the debate over whether HFT is beneficial to financial markets intensifies.

The ongoing debate over high-frequency trading took a new turn on Thursday as the Senate Banking Committee held a hearing on ‘Computerized Trading: What Should the Rules of the Road Be?’ with testimony from David Lauer, a former high-frequency trader and designer of specialized hardware for algorithmic trading.

Lauer recommended that the Securities and Exchange Commission (SEC) take concrete steps to regulate HFT, such as implementing a 50 millisecond minimum quote lifetime and a market-wide surveillance mechanism. 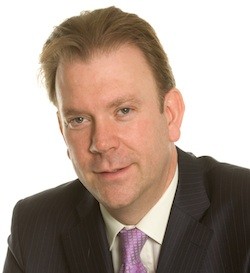 He also said that HFTs should be subject to affirmative market making obligations in order to qualify for rebates on any venue in which securities are traded.

“The Knight situation has forced regulators’ hand in a sense,” said Bruce Bland, head of algorithmic research at Fidessa, a trading technology firm. “But the reality is that HFT is an extremely difficult space to regulate.”

The Federal Reserve Bank of Chicago issued a report this week on keeping markets safe in the era of high-speed trading, and said these could have helped mitigate the losses experienced as a result of the Knight situation.

But implementing such safeguards could prove difficult in practice.

“The idea of putting in a kill switch is counterintuitive to the way HFT markets function,” Bland said. “In the HFT world, things happen so fast that by the time the kill switch is activated, it would be too late.”

In Europe, MiFID II promises to significantly alter the way financial markets operate, and looks set to impose at least some far-reaching measures to curb the rise of high-frequency trading, which now accounts for some 40% of all trades in European equity markets.

Markus Ferber, the German MEP tasked with guiding the revised MiFID II through the European Parliament, told Markets Media last week that measures such as minimum resting times for orders to remain valid on an exchange for at least 500 milliseconds, fee structures that are put in place every time you modify or cancel an order, order-to-trade ratios, the testing of algorithms and circuit breakers may well all make the final MiFID II cut.

“In Europe, Esma has outlined some fairly strict practices that they expect algo developers to follow before the software goes live,” Bland said. “The include backtesting and performance testing; in other words, how would the algo’s performance be affected if the markets were trading fast. That will force algo developers to revisit their way of doing things.”

At the Senate hearing on Thursday, Andrew Brooks, vice-president and head of U.S. equity trading at investment manager T. Rowe Price, said that more study is warranted to assess the impact of the exponential growth of short-term trading strategies.

“When the average holding period for such trades is measured in seconds as opposed to months or years, have we destabilized the market?” said Brooks. “Most rules and regulations seem to further enable those with short-term profit incentives as evidenced by the proliferation of new order types suggested by exchanges and approved by regulators.”

Brooks suggested an examination of the “appropriateness” of co-location and enhanced oversight of HFT, including a “pilot program” in which payments for order flow, maker-taker fees and other inducements for order flow routing are eliminated, and cancelation fees imposed for unacceptable trade to cancel ratios.

Operators of data centers have noted an upturn in the use of co-location, not only by proprietary traders but major institutions as well.

“The idea of a community within a data center is gaining traction within capital markets,” said Patrick Lastennet, director of marketing and business development, financial services segment, at Interxion, a data center operator. “With regard to dark pools and internalization, for example, the new thinking is to mutualize that through a single co-located platform, rather than everyone building their own.”