Hotspot Aims to lead in FX

Hotspot, the institutional foreign exchange market acquired by exchange Bats Global Markets, is aiming to become the number one venue through price cuts, growth of its dark pool for spot trading and adding new products.

Bats announced its acquisition of Hotspot FX from broker KCG Holdings in January this year and competed the deal on March 13. Last week Bats announced plans to offer free gold trading for all Hotspot customers from the beginning of next month. The “Free Gold” promotion, which applies to spot gold and spot silver pairs, will last until the end of this year and may be extended into 2016.

Hotspot is still led Bill Goodbody, who has managed the business since 2008. Goodbody, senior vice president, foreign exchange at Bats, told Markets Media: “Hotspot, as part of Bats, has the efficiency, scale and operating model to deliver products at lower costs and as we grow share we will continue to push down fees. The price point is noticeably below our competitors and our goal is to become the number one venue.”

Chris Concannon, chief executive of Bats said in a statement: “Our ‘Free Gold’ offering is consistent with the aggressive pricing promotions Bats has strategically offered customers across our equity and options trading platforms.”

As well as cutting prices Hotspot will be introducing new products.

“There are also lots of solutions we can bring to the spot market and we have a nascent dark pool, Hotspot QT, where customers can trade risk anonymously,” added Goodbody. 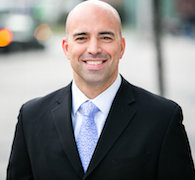 In March, Bats said it would launch a UK matching engine this year to target specific currency pairs that are more active in Europe and attract more participation from Asia. Hotspot already has a New York-based matching engine.

“London is a really big focus for us as it is still the primary centre globally for price discovery in FX,” added Goodbody. “A huge benefit of being part of Bats is their very significant operating presence in Europe.”

The United Kingdom is the venue for 40% of foreign exchange trading according to last year’s consultation paper on the fairness and effective markets review of fixed income, currency and commodities markets from UK regulators. The Foreign Exchange Joint Standing Committee’s last semi-annual turnover survey said average daily UK foreign exchange turnover was $2,667bn in October 2014, 11% higher than in April 2014 and the highest level of turnover since the survey began.

Foreign exchange is still predominantly physically settled over-the-counter markets. The consultation paper said the need for flexibility on settlement and tenor for the majority of FX products is still a significant barrier to the development of organised exchanges and associated clearing.

“We do not believe that all FX trading should be ‘on exchange’, and still place huge value on the OTC model,” added Goodbody.

Regulators are trying to shift bilateral trading onto centrally cleared exchanges in order to increase transparency and financial stability.

“We will likely be adding products such as NDFs as regulatory pressure moves these products onto exchange-like venues but the timing of that will be driven by our customers and regulatory timelines,” added Goodbody.

The last Bank for International Settlements triennial survey said total NDF daily turnover was $127bn in 2104, about 19% of all forward trading globally and 2.4% of all currency turnover.

Bats said that Hotspot’s average daily volume in March was $31.5bn, an increase of nearly 20% from the previous month.

Paul Blank, director of eTrading solutions and partner program at Caplin Systems posted on the blog singledealerplatforms.org that HotSpot’s volumes last month were 1.6% lower than the year-ago volume of $32.1bn per day. He wrote: “Hotspot FX was recently sold to Bats Global Trading, who have a reputation for low-cost execution, so it will be interesting to see whether they can effectively build volumes by driving down cost of execution.”