Average daily trading volumes of futures based on Sonia, the UK’s new risk-free rate, reached a record at ICE last month as the transition from Libor is still set for the end of next year despite the current Covid-19 pandemic.

ICE 3M SONIA futures had their highest ever average daily volume in April, the equivalent of £44.2 billion notional pic.twitter.com/j9WFNEuX0J

Steven Hamilton, global head of financial derivatives at ICE Futures, told Markets Media: “In the last six months we increased the functionality to be able to trade Sonia futures with similar functionality to our sterling Libor contracts by introducing ‘packs and bundles’.”

Packs and bundles allow users to get exposure to the longer term interest rate risk at a single price, reducing the execution risk of trading a number of individual expiry months.

After the financial crisis there were a series of scandals regarding banks manipulating their submissions for setting benchmarks, such as Libor, across asset classes which led to a lack of confidence and threatened participation in related markets. As a result regulators increased their supervision of benchmarks and moved to risk-free reference rates based on transactions, so they are harder to manipulate and more representative of the market.

The UK has chosen Sonia, the sterling overnight index average, as its risk-free rate. The Financial Conduct Authority, the UK regulator, said two years ago that it will not compel panel banks to submit to Libor beyond 2021. In addition, both the Bank of England and the FCA have encouraged market makers to use Sonia as the standard reference rate for sterling interest rate swaps since March this year.

Edwin Schooling Latter, director of markets and wholesale policy at the FCA told an Association of Corporate Treasurers webinar this month that the Libor transition will not be delayed according to Reuters.  “This change is going to happen,” Schooling Latter said in the report. “Don’t be left there without a plan on New Year’s Eve 2021. That is not going to be a good New Year celebration if that’s where you are at.”

Hamilton continued that regulators and other official sector bodies in the UK and elsewhere have been clear that they want the industry to plan for a transition away from Libor by the end of 2021.

“We are committed to providing solutions to the market to help facilitate the transition to alternative rates,” added Hamilton. “We are working to launch Sonia options this year.”

The launch of Sonia options is part of ICE’s strategy to build the right contracts to allow a bridge for the market to transition from the sterling Libor options into Sonia options. 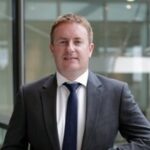 “ICE Futures Europe lists more products on alternative reference rates than any other venue,” he added. “These include 1M and 3M Sonia and SOFR futures, €STR futures and Saron futures.”

The US has adopted the secured overnight financing rate, SOFR, as its risk-free rate to replace US dollar Libor and the European Central Bank began publishing its new benchmark, €STR, the euro short-term rate, for the first time last year. Saron is the Swiss risk-free rate.

Clarus Financial Technology, the derivatives analytics provider, said in a blog that there have been record volumes in SOFR futures and swaps in recent months.

SOFR futures volume at CME Group was a record $5.2 (€4.7) trillion in March this year according to Clarus, and $690bn at ICE Futures in February this year, compared to the record $810bn in August 2019.

Amir Khwaja, chief executive of Clarus, wrote: “Continued increases in volume and open interest for both futures and swaps, though in the context of the record volumes in many markets, nothing exceptional in SOFR growth compared to IBOR.”

“The 10 year gilt futures market on ICE is extremely liquid and we are seeing more interest from the market for exposure to more short and medium term UK debt products,” he added. “Together with the FTSE Index products, the UK single stock derivatives and the sterling rates products, ICE offers the most comprehensive suite of products to manage UK market risk.”

Hamilton continued that ICE will continue to build its MSCI, FTSE and single stock equity derivatives franchise, in addition to the interest rate suite.

In September last year ICE and MSCI announced they had expanded their existing relationship for listed futures based on MSCI indexes which included the licensing of environmental, social and governance data indices for new ESG futures.