On Friday, August 19, the newest U.S. equity exchange kicks off trading shares in Vonage Holdings (VG) and Windstream Holdings (WIN), according to Adrian Facini, head of product management at IEX.

“There was no deployments that needed to happen per se for those symbols,” he said. “It was mostly a configuration change that instructed the order book to treat these symbols as if they were in the exchange. We had those changes made for several weeks.”

The orders routed to the exchange comply with different rules as well as gaining two new FIX messaging tags and are cleared directly by the National Securities Clearing Corp. instead of the third-party clearing partner IEX uses for its ATS, according to Facini.

Those are the nuts and bolts. From a membership perspective, IEX  has disabled all ATS subscribers who have not become a member of the IEX exchange.

“We’re starting from a clear slate,” he said. “We are beginning with more than 130 exchange members, which includes the top 40 ATS subscribers who constituted 90% of the historical volume of the ATS.”

Industry watchers caution that it is too early to pass judgments on the percentage of the market the new exchange will capture or the overall impact that its 350-microsecond “speed bump” will have on the US equities market structure overall.

“There has been a lot of anticipation for this launch than for other exchanges that launched over the past few years,” said Valerie Bogard, an analyst with industry research firm Tabb Group. “I think the buildup will make this more interesting to see how the markets respond to IEX as an exchange.”

Although the IEX plans to finish its migration on September 2, the U.S. and Securities and Exchange Commission has granted the industry until September 15 to test and certify with the new exchange as well as treat IEX’s quotes as protected quotes under Regulation NMS requirements.

Not everyone, however, expects that mandated order routing would increase, or even maintain the IEX’s current estimated 1.6% market shares. 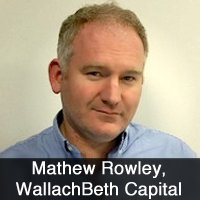 Dark pools are treated quite differently from hidden pools of exchanges because of the aspects of the information leakage is different, according to Matt Rowley, CTO and head quant at WallachBeth Capital.

“Now IEX will have its midpoint match on the tape,” he said. “Normally, it’s like a trade reporting facility print, where you don’t know which dark pool matched the trade. My execution now will be noted clearly on the tape.”

Rowley worries that the new exchange might even end up as a ‘venue of last resort’ for the market. “Exchanges will be forced to route to them because of Regulation NMS if IEX is showing a better price,” he added. “But when the prices are pretty much the same, they will be the last choice. I don’t think anybody wants to be the last choice on the dial.”