IEX Group, an ATS that purports to focus on investor protection and performance, is earning plaudits by creating a market that aims to maximize shares traded at the best available price.

The company, whose CEO, Brad Katsuyama, was formerly global head of electronic sales and trading at RBC Capital Markets, has as its mission decreasing information leakage, eliminating informational disadvantages and persistent inefficiencies, and promoting an opportunity for natural interest to interact without unnecessary intermediation.

“One of the reasons we became interested in IEX is that it was formed by a group of guys who’ve been very helpful toward the buy side,” said Joseph Scafidi, director of trading at Brandes Investment Partners. “At the time, RBC did not have its own dark pool and took a very different approach from other firms. As we became more educated on the breadth and depth of problems in the market, we recognized that the solution could not be a broker-dealer: it had to be independent.” 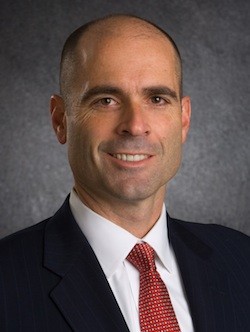 IEX is dedicated to offering fair access to a balanced marketplace, and delivering a defined and objective experience in support of just and equitable principles of trade.

“One of the beautiful things about IEX is they have an ATS, which is effectively a dark pool,” Scafidi said. “But unlike the other 40+ dark pools, they aren’t in competition with the brokers. Rather, IEX can sit on any broker’s platform, creating a highly effective network that increases the likelihood of finding the other side. It also has proprietary technology, which makes it unattractive to harmful HFT activities like latency arbitrage strategies. They’ve slowed things down, removing the advantage for running those strategies in their pool.”

In addition to managing the day-to-day operations of the global trading desk at Brandes Investment Partners, Scafidi oversees the global trading strategy, including the execution of all institutional, private client and sub-advisory wrap portfolios, as well as program trading.

Scafidi has 21 years of experience on the sell side, most recently as the head of the international Trading Desk for a New York-based global financial services firm. He has extensive product knowledge in both foreign and domestic equity markets as well as 12 years of experience managing trading professionals and building positive relationships with institutional clients.

“So why did we get involved [with IEX]? We could see there was a problem with market structure, these guys had a decent idea, and we wanted to help them get it off the ground,” he said. “It was important for us to try to help a group of people who had a plan to improve the markets for everybody.”

Less than 20 percent of Brandes’ AUM is in the U.S., so while IEX not impact benefit it initially, Scafidi thinks it will eventually go to other markets who look toward the U.S. for leadership.

“If this technology works (and we believe it will), this will benefit all of our clients,” he said. “We’ve already seen a dramatic difference in the quality of execution: higher average order size and higher fill rates to a multiple of two to three over the market average in ATS’s. We’re also seeing a higher percentage of trades at midpoint than the industry average. The fewer the number of times you need to go around the carousel, the fewer the opportunities for people to front run you.”