“We have a rich set of data at IIROC as a result of our oversight responsibilities,” Victoria Pinnington, vice president of trading review and analysis at IIROC, told Markets Media. “By using that empirical data, we can gain a better understanding of the impact of HFT on market integrity and quality and overall investor confidence. That’s firmly within our mandate. ”

Last month, IIROC announced the fourth and final project team to assess the impact of HFT and related activity on Canadian equity markets as part of the last phase of its HFT Study.

“We’ve completed the first two phases, which culminated in the HOT study that we published in December of 2012,” said Pinnington. “The third phase is currently underway, and we have signed agreements with four groups of academics to study a variety of issues on HFT.”

The first two phases of the study, known as the High Order to Trade (HOT) study, objectively identified a study group of traders and offered a detailed, statistical analysis of their activity. 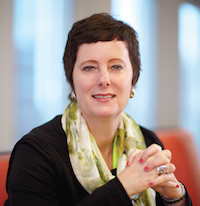 For the third phase of the study, the impact phase, IIROC is seeking input in the area of market quality, in order to assess the impact of HFT and related activity on Canadian market quality and integrity from multiple perspectives.

“The HFT conversation has become a highly sensitive consumer issue,” said Diana Avigdor, vice president, portfolio manager and head of trading at Barometer Capital Management, a Toronto-based asset manager. “Canadian regulators try to stay in front of the curve on things. I believe that they are the only regulator that’s actually trying to do something like this. They were very forward with the dark pool rules, and now they’re looking at the order protection rule, so they’re very early on a lot of things.”

The fourth team selected for the impact phase will conduct two studies. The first will examine the impact of the dark liquidity rules introduced in Canada in October 2012 on high frequency traders and the market as a whole, with a focus on the impact on price efficiency, price discovery and price volatility. The second will examine liquidity provision and market making by high frequency traders, focusing on how these traders avoid being adversely selected.

“As with any of our initiatives, we conduct rigorous policy impact analysis,” said Pinnington. “The HFT research will be treated in the same way. We feel it is very important to use research and quantitative analysis to help inform decisions on any further policy making.”

Pinnington manages two teams. The first is the analyst group, which is IIROC’s newest team “The decision to develop the team came out of the May 6, 2010 crash,” said Pinnington. “They’re charged with doing broad quantitative analysis of the data that we have and looking at the Canadian equity markets in general.”

The second team performs post-trade surveillance and preliminary investigations of potential violations of UMIR, the universal market integrity rules, which are the set of rules that govern equity trading in Canada.

Pinnington is involved in all market policy groups within IIROC. The work of the analytics team helps inform policy development, as does the work of her other team. “Issues that come up in the course of doing surveillance and investigation may also serve as an input to policy development,” she said.