Industry Starts Next Round of CAT Dialog

After 14 months without official engagement with the buy and sell sides, the CAT NMS Operating Committee has opened a new channel of engagement for the industry with the recent launch of its Industry Member Technical Specification Working Group.

Shelley Bohlin, a vice president at FINRA, and Judy MacDonald, associate director and head of compliance technology, enterprise risk, and enterprise order management at Susquehanna International Group, co-chair the group. Its members include representatives from SIFMA, The Financial Information Forum, Security Traders Association, the SROs, Thesys CAT, WilmerHale, the SEC, and other organizations.

The working group picks up on the industry-engagement function that the CAT Development Advisory Group provided leading up to the adoption of the CAT NMS Plan. 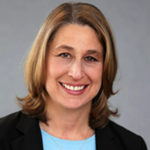 “According to the plan, once CAT was approved in 2016, it required the creation of the CAT Advisory Committee and disbanded the DAG,” said Ellen Greene, managing director, financial services operations at SIFMA during an open call hosted by the STA Foundation. “So the industry engagement that we had through that was no longer open to us. That was also compounded by the fact that committee members all signed non-disclosure agreements, which precluded them from discussion CAT with their colleagues and subject matter experts in their firms.”

The issues brought before the working group already have received interpretive guidance from the SROs and SEC, according to Greene. “There is now a time when they can be presented for a broad discussion about the technical specifications as well as implementation.”

Once the working group receives a topic, it typically has two to three weeks to formulate its response. To date, the group has reviewed issues regarding riskless principal, aggregated orders, manual quotes, personal identifying information in the CAT, listed options, complex orders, as well as listed-options expression of pricing instructions.

On March 12, the body had its first wrap-up presentation during a two-hour meeting with the SROs on manual quote reporting requirements, according to Greene.

Under the CAT NMS plan, broker-dealer would be required to report all manual quotes, including two-party negotiations, explained fellow present Janet Early, a senior consultant at the FIF.

“This subgroup immediately thought that it was not a reasonable requirement,” she added.

In response, the subgroup analyzed reporting requirements across the spectrum of NMS equities, OTC securities, and options to understand their differences.

It then decided that any automated programmable quote that was displayed, firm, and actionable were reasonable to report to the CAT. However, if the quote was not displayed, not communicated via automated and programmable mechanisms, consisted of only two parties, was not immediately actionable, or did not exhibit willingness or firmness of price, it should not be reported to the CAT.

The subgroup also estimated that implementing such a requirement would cost the industry approximately $500 million to implement due to lost productivity, implementing new systems, and expanding trading staffs, according to Early.

“We also pointed out that manual quote or these negotiations, really represented less than 0.1% of the total quotes that the industry captures today,” she said.

The subgroup has since submitted its manual quote recommendations to the SROs.

“I think they seriously are going to consider these recommendations,” noted Early. “We hope they will adopt them and exclude manual quotes and negotiations from reporting.”