Jeff Sprecher has influenced capital markets at a gradually ascending rate since the turn of the century, when he founded IntercontinentalExchange as an electronic commodity-futures exchange. 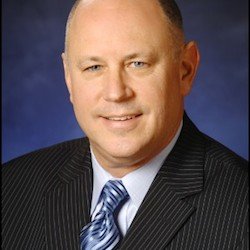 IntercontinentalExchange’s business model proved disruptive — in a good way — and the firm, backed by some of the larg­est institutional energy traders, rapidly grew via acquisitions and organically. By 2012, Atlanta-based ICE was a global network of exchanges and clearing houses that gener­ated $1.36 billion of revenue in 2012.

But in 2013, Sprecher pulled off perhaps his boldest move, buying NYSE Euronext, owner of the New York Stock Exchange, for $11 bil­lion. Market participants aren’t sure exactly what Sprecher will do as head of the world’s most influential equity-trading venue, but there is certainty that he didn’t make the acquisition just to milk cash flow from a mature business.

“My company doesn’t bring a lot to operat­ing already-terminal state businesses that are well-defined,” Sprecher told Markets Media in a Jan. 15 interview at NYSE Group’s executive offices, above the trading floor. “We are generally entrepreneurs — we like to be where there is change going on, and I just sense that the market is ready for change.”

ICE closed the NYSE Euronext deal in Novem­ber 2013, about 11 months after the buyout was announced, so before any push to reshape market structure or start a new dialogue with market players and regulators, the first order of business is the brass tacks of integration.

“It is going well and people are really engaged,” Sprecher said. “We have tried to make a commitment to move quickly so it is not disruptive to the long-term plans of the company, and I have been pleasantly sur­prised at how people are making tough deci­sions and moving very quickly.”

Sprecher indicated the NYSE Euronext pur­chase doesn’t necessarily stand out from purely a business-deal perspective, but the New York Stock Exchange put the deal on the radar of the mainstream news media.

“For us (2013) was just part of a continuum of building a business, but there’s something about the iconic nature of the New York Stock Exchange that really made this transaction much more interesting to the general pub­lic,” he said. “What we do for a living is a rela­tively niche-type business that people didn’t pay a lot of attention to, but doing the exact same thing and having the New York Stock Exchange as part of the group, that has really raised awareness.”

IntercontinentalExchange operates 16 exchanges and five clearing houses, and the company is in the process of acquiring Sin­gapore Mercantile Exchange, which would add one of each. “We have a lot of regulated businesses, and it is interesting that the New York Stock Exchange as just one of those 23 regulated entities has really brought so much more awareness to the firm,” Sprecher said.

In a broad sense, the ICE-NYX deal was about combining a derivatives powerhouse with an equities powerhouse, to better posi­tion the company in a global market where more participants are trading across asset classes and regulators are forcing more transactions onto exchanges.

“We wanted to be a multi-asset-class com­pany, because we believe the (European) Basel rules which affect the banks, and the broader regulatory rules which affect com­mercial activity, are going to push more people into clearing houses and onto listed trading venues,” Sprecher said. “Also, the cost of col­lateral is going to go up as interest rates rise, and being a multi-asset class venue is going to be a competitive advantage.”

Sprecher has had eyes for the Big Board for at least a few years. In 2011, ICE and Nasdaq OMX jointly bid for NYSE Euronext, but the offer was quickly withdrawn after U.S. anti­trust regulators signaled they would oppose the deal. Sprecher also mulled starting a stock and options business from scratch, but concluded “we really couldn’t. The distribu­tion and the legacy value of the incumbents was just too great.”

But the newly combined entity isn’t so much about what it is today, but rather what it will be, and how Sprecher might influence broader market-structure issues. In that latter regard, at least two specific — and related — areas of focus have been mentioned: moving the equity-trading landscape toward consolidation of ven­ues rather than continued fragmentation, and emphasizing long-term investing and capital raising and de-emphasizing short-term trading.

“It’s important that there be a secondary market for trading so investors can enter and leave markets seamlessly, but the most impor­tant thing is that companies and investors can find each other,” Sprecher said. “Investors and money managers are now are saying that our capital markets in the U.S., and abroad, have gotten too fragmented and too complicated, and that takes away from the essential value of what the markets are trying to provide.”

“Market participants and regulators alike are sensing that the pendulum has swung too far toward fragmentation and automation, and we need to see it come back a little bit towards the middle,” he added. “I really do believe that will happen, and it will ultimately benefit the New York Stock Exchange because of its positioning in the market, its history and relationships with customers and potential listed companies.”

Competitors are closely watching how the ICE-NYX merger unfolds. In one sense they need to protect their own market share from the combined and potentially stronger Inter­continentalExchange, but there’s also the hope that Sprecher can effect broad change that would help all players.

“Jeff is a brilliant guy. There’s not an exchange CEO out there who doesn’t have great respect for him,” said a C-level execu­tive at a competing exchange operator, who spoke on condition of anonymity. “We don’t expect any big changes in the short term, but further out we’ll have to wait and see what happens.”

Sprecher noted that the world-leading qual­ity and depth of U.S. capital markets often get lost amid lamentations about suboptimal trade execution or the latest technology glitch.

“So I think that part of the dialogue around the New York Stock Exchange needs to cel­ebrate what is good about these markets, while getting on with fixing the parts that are broken,” Sprecher said. “That’s the part I like to talk about, because I like to fix things.”

Regarding advocacy going forward, “I will do my part and my colleagues will do their part to improve the markets and call atten­tion to deficiencies where we need others to help us,” Sprecher said. “We worked on that during the period leading up to the closing, and now we’re fully engaged and working together as one company. As an engineer, which is what I am by education, you create value when you work around these transition and inflection points, and when you can be part of a dialogue and part of the solution.”

“The market is already changing” amid sweeping regulatory initiatives, Sprecher said. “As an entrepreneur, I like change…The most important thing is that we are at the center of helping to drive change.”