Firms need to prepare for the transition away from Libor, a reference rate for many financial contracts, which will start to happen quickly as the market begins to develop infrastructure to facilitate the change.

Adam Schneider, partner, retail & business banking and digital and Pin Su, associate, corporate & institutional banking, at consultancy Oliver Wyman said in a blog that the transition away from Libor will start to happen quickly, and all impacted parties will need to work together to make it a success.

“Moving away from Libor will be a major undertaking for financial institutions; some firms have estimated the cost of the transition to be in the region of $200m (€170m),” they wrote.

Chris Turner, analyst at German investment bank Berenberg, estimated in a report that $30 trillion of assets are benchmarked against sterling Libor. However, following a series of scandals about investment banks manipulating the Libor rate for their own benefit, which resulted in regulatory penalties of $10bn, the index is being retired in 2021 and replaced by Sonia – the sterling overnight index average – which is based on actual transactions.

“Continued reliance of financial markets on Libor poses a risk to financial stability that can be reduced only through a transition to alternative rates” according to last month’s meeting of the Financial Policy Committee of the Bank of England.

The UK central bank took over as the Sonia administrator and began producing the rate on April 23 this year using transactions such as overnight unsecured transactions negotiated bilaterally, as well as brokers. Last week the Bank published its statement of compliance with the IOSCO principles for financial benchmarks, which was independently assured by Ernst and Young.

However Oliver Wyman warned that the new reference rates are fundamentally different to Libor and to each other. The first issue is that the proposed alternative reference rates are all overnight rates, while Libor is published for multiple terms such as one, three and six-month terms. 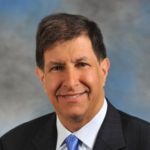 “Term structures for the alternatives are under consideration, but none exist at the moment and it is not clear how they will be calculated,” added Oliver Wyman.

Secondly, Libor includes bank credit risk while the alternatives are much closer to “risk-free” so it is not possible to easily convert  Libor to alternative rates. Finally, the alternatives for Libor differ from each other. For example, the US Secured Overnight Financing Rate (SOFR) and Saron (Swiss francs) are secured. In contrast, Sonia and Tonar (Japanese yen) are unsecured.

“Transition timelines and the potential development of term alternative rates also vary across each rate,” added Oliver Wyman. “This may give rise to basis risk, particularly for end-users with cross-currency holdings.”

The market has begun to develop products for the new reference rates. For example CurveGlobal, the London Stock Exchange Group’s derivatives venture, and ICE, the US exchange, have both launched Sonia futures.

The clearer said: “LCH has introduced clearing of SOFR swaps in response to customer demand as the industry adopts new interest rate benchmarks. This latest initiative follows the launch of clearing Sonia futures in April 2018 and Saron swaps in October 2017.”

LCH said it will support outright SOFR swaps (against fixed) as well as two basis products (against US dollar LIBOR and against Fed Funds).

Infrastructure and data provider IHS Markit said in a statement today that MarkitSERV, its trade processing service for over-the-counter derivatives, was used to match, confirm and straight through process the first wave of trades using the SOFR rate. The firm said that, so far, seven major derivatives dealers have completed SOFR trades using MarkitSERV which included both cleared and non-cleared, as well as party-to-party direct and trades on a swap execution facility.

“It is no surprise that the first SOFR swaps happened the week after the CFTC’s Market Risk Advisory Committee meeting addressed the transition from Libor on July 12,” said Salman Banaei, executive director at IHS Markit and a member of the committee. “Cooperation among regulators, market participants and infrastructure providers like MarkitSERV was critical to the successful start for this transition.”

MarkitSERV supports SOFR, Saron, Sonia and Tonar reference rates. The firm said it will add other reference rates intended as successors to Libor, based on industry demand.