ING has created an artificial intelligence tool with Dutch asset manager PGGM to help investors make quicker decisions on which bonds to buy and sell.

The Dutch bank originally developed Katana to help its traders provide liquidity and respond more quickly to requests for quotes from clients. Katana provides traders with a visualization of relevant historic and real-time data and the tools’s algorithms provide forward looking predictions of the price that will win an RFQ within a certain confidence range.

The banks’ emerging markets credit desk in London tested Katana last year and found that faster pricing decisions were made for 90% of trades, there was a 25% reduction in trading cost and the bank made the best price four times more frequently. 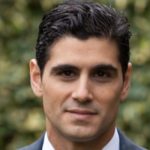 Santiago Braje, global head of credit trading at ING Bank, told Markets Media: “Katana Lens has been co-created with PGGM and is completely different as it solves the selection problem for the buyside and helps them decide what to buy and sell. For example, for 2,000 bonds you have two million possible trade combinations if you buy one bond and sell another.”

Braje explained that Katana Lens systematically scans a universe of investable bonds chosen by the user. The tool identifies possible opportunities based on the current yield or spread against historical behaviour for similar underlying risks over the past six to 12 months.

Androniki Menelaou, lead data scientist, Katana Lens at ING Bank, told Markets Media: “The algorithm scans the market in an agnostic way following a data-driven approach. We have built an easy interface so users can filter the trading ideas to match their portfolio.”

Braje continued that clients have said they have seen opportunities they might have otherwise missed.

“They have been able to make decisions very quickly and trade smaller tickets more frequently,” Braje added. “Opportunities identified by Lens have also been profitable which is relevant in this environment where the market is on a downward trend.”

There has been an increase in electronic trading in fixed income which is expected to continue under MiFID II, the regulations that come into force in the European Union this year. MiFID II extends best execution requirements into fixed income for the first time, and introduces pre-trade and post-trade transparency. In addition, the buy side is facing margin pressure and looking to make its workflows more efficient. As a result investors are sending electronic RFQs more often and for smaller sizes, as well as using more algorithmic  trading.

“Katana Lens presents trading ideas but is not linked to execution yet,” said Braje. “Going from idea generation to execution is in our plans, but we are quite a few steps away from auto executing on its recommendations.” 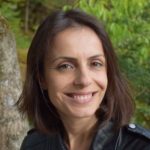 Menelaou added: “Katana Lens is complementing investment managers who make the final decision on whether to trade. It is an augmented intelligence which helps them navigate the  market.”

Katana Lens currently covers emerging markets corporates and sovereigns and European sovereigns but coverage will be expanded as trials of the system continue. Development of Lens is funded by the ING Innovation Fund who monitor progress and the system is expected to be fully launched in the first half of next year.

Technology as a differentiator

Fixed income trading used to be a cash cow but over the past decade low volume, low volatility, low rates and a high cost of capital have been eating into profits according to consultancy Greenwich Associates.

Kevin McPartland, head of research for market structure and technology at Greenwich said in the study, Trust and Data Drive Fixed Income Dealer Growth, that relationships and balance sheet still matter but the ability to manage both in a more quantitative way can mean the difference between profit growth and a year-on-year decline.

“This idea has driven both large and middle-market dealers to focus their technology efforts on data, analytics and workflow automation, while looking to increase the data management literacy of everyone on the desk,” added McPartland.

The consultancy’s survey of US fixed income dealers found that investing in technology is the top approach for bulge-bracket banks, and second only to organic growth among middle-market dealers.

“For the first time since Greenwich Associates began asking dealers how they stand out, nearly 20% of the global banks point to the provision of technology tools to clients as a differentiator,” said the report. “This would include pre and post-trade analytics, execution algorithms (where appropriate) and other trading tools.”

Some bulge bracket dealers in the survey reported a current fiscal year technology budget of $10m to continue building out their corporate bond trading desk, while middle-market dealers have increased their spending from roughly $900,000 annually to over $1m.