Annerie Vreugdenhil, head of innovation for wholesale banking at ING, said 2019 will be the year of artificial intelligence and blockchain and the year when the Dutch bank begins to see the impact of its fintech investments

Vreugdenhil has been in her current role since the start of last year. She is responsible for innovation in the wholesale business including the labs in Singapore and Amsterdam; the newly opened lab in London; and the blockchain and artificial intelligence teams. 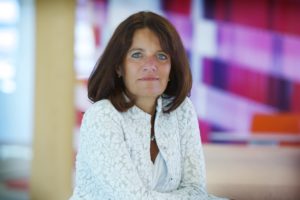 She told Markets Media: “We want to create new ventures that disrupt our core business, create new services or bring in new clients. They have to make radical improvements that move the needle for ING and are meaningful to the bank’s P&L.”

Vreugdenhil continued that the priority is to identify the right problems that need to be solved so that any solution will be meaningful for the business and clients. The bank may build its own solution or partners with fintechs to develop a product.

“We will be putting more effort into identifying a process to find the best ideas to bring to the innovation team,” she added. “There will be an online challenge on a specific theme this year which will be reviewed by peers.”

Vreugdenhil joined ING in 1992 and became head of corporate clients Netherlands in 2006. Four years later Vreugdenhil was named head of commercial banking Netherlands and joined the board of ING Domestic Bank, which included being part of the team that designed and implemented the agile transformation. In February 2016 Vreugdenhil became global head of real estate finance within ING Wholesale Banking, which involved creating new data and technology solutions for both clients and employees.

“This will be the year of artificial intelligence and blockchain and the year when we will begin to see the impact of our investments,” she added.

The bank launched ING Ventures, a €300m fund aimed at investing in fintech companies in 2017 as accelerating the pace of innovation was one of its strategic priorities.

For example, in January this year ING joined a consortium to develop a blockchain-based platform with MineHub, a mining technology company. MineHub will use blockchain to reduce processes and approvals from weeks to a few hours and cut down the paper documentation needed for transport, finance, invoicing and payments.

ING Ventures was part of a second round of financing for Axyon AI. Axyon AI had joined ING’s accelerator programme in 2016 and received start-up funding from the bank.

Think innovation is all about what technology you use and when? @_benoitlegrand , Chief Innovation Officer at @ING_news , asks you to think again. This story is part of 'The Business of Innovation', a series brought to you by @OracleCloud pic.twitter.com/Q2gonZ36UE

Vreugdenhil said the bank has between 30 and 40 projects in different stages – from exploratory to testing. She added: “I expect around 40% to become a real venture but they may not all be kept by ING.”

She admitted it is difficult to find the right method of measuring the progress of each venture, especially if there is no P&L. As a result, ING has just hired someone in London to devise the right metrics for each project. “We can value equity stakes in start-ups, how long protects are in the venture phase, how much money has been or the cost of client acquisition,” added Vreugdenhil.

For example, ING developed Katana, an algorithm which uses artificial intelligence to help its bond traders provide liquidity and respond more quickly to requests for quotes from clients. The banks’ emerging markets credit desk in London found that faster pricing decisions were made for 90% of trades, there was a 25% reduction in trading cost and the bank made the best price four times more frequently.

Katana was first developed for ING traders, but last year the bank launched Katana Lens with with Dutch asset manager PGGM to help investors make quicker decisions on which bonds to buy and sell.

“We want to identify the little gems that have many use cases,” added Vreugdenhil. “For example, Domino was developed as an algo to highlight economic relationships between clients but is now used as sales tool for relationship managers in the Netherlands and has between 500 and 700 users.”

Cobase and Suburbia, an alternative data provider, are currently in the market.

“We will have a couple more ventures launching into production next year as blockchain and AI will make a real impact,” added  Vreugdenhil.

A survey from ING and Illuminate Financial, a venture capital firm specialising in institutional financial services, found that the majority of banks felt that the implementation of a institutional fintech solution had contributed towards achieving business goals by lowering their operational costs (87%) as well as improving regulatory compliance (67%). 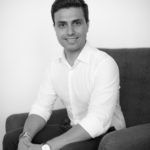 However, 60% of banks acknowledged that navigating organisational decision-making is a challenge in partnering with a financial institution, an improvement on last year’s 70%. In contrast, two-thirds of fintechs believe this is now a greater challenge, up from 46% in 2017. In addition nearly three-quarters of fintechs said it was either very difficult or difficult to connect with the relevant people in a financial institution.

Luca Zorzino, investment director at Illuminate Financial, said in a statement: “Banks recognise that increasing competitive pressures cannot be addressed with legacy technologies and the need to develop product and services that empower customers can only be met by adopting or partnering with emerging vendors.” 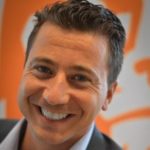 The survey results were revealed at the launch of ING’s Innovation Lab in London on 11th March.

Ivar Wiersma, global head of ING Labs wholesale banking, said in a statement: “London is one of the largest financial ecosystems and is widely regarded as the fintech capital of Europe. In the last 12 months we have made steady progress with our work with fintechs and remain committed to deepening our relationships to advance corporate innovation and venture building models.”