Innovators of the Year: IEX Group

THERE HAS BEEN much hand-wringing about how the evolution in market structure has resulted in suboptimal trading experi­ences for some constituencies, but not a lot actually done in response.

IEX Group seeks to change the dynamic. In October 2013, the start-up firm launched its eponymous alternative trading system, which is designed to quash the advantages of the highest-speed market participants and allow for more efficient institutional trading of large blocks of stock.

There have been previous ideas to launch a buy-side-friendly haven where speed doesn’t rule the day, but such initiatives either never got off the ground or didn’t realize their poten­tial. IEX executives believe they have the right ownership structure, business model, tech­nology and transparency to succeed.

“The very first thing we set out to do dif­ferently was secure buy-side ownership” via mutual funds, hedge funds, and family offices, said Brad Katsuyama, IEX president and chief executive. “We are the only buy-side owned ATS in the U.S.” 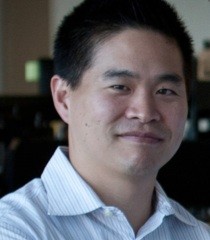 Katsuyama noted that buy-side ownership stakes are no higher than 3.5%, and no firms have seats on the IEX board. More impor­tantly, no sell-side banks hold stakes.

“That allows us to be totally broker-neutral, which prevents brokers from automatically rejecting IEX because their competitors own it,” Katsuyama told Markets Media. “Having the buy side involved allows us to treat all bro­kers the same…how we decided to structure our membership and ownership is entirely different than any of the ATSs that came before us.”

The essence of IEX is about de-empha­sizing trading speed for the benefit of the majority of market participants who aren’t speed-oriented. “You can’t slow down the market or turn back the clock to the specialist and floor-trading days, but we have used technology to counter certain technology-based strategies that we believe are preda­tory,” said Katsuyama, who was formerly head of electronic sales and trading at RBC Capital Markets.

“We have introduced an increment of time, 350 microseconds, that is irrelevant to any traditional player in the market, but it is abso­lutely relevant to people who are trying to interposition themselves in between natural trading,” Katsuyama explained. High-fre­quency trading firms can trade on IEX, but only on the ATS’s terms, he added.

As of late January, IEX had 40 subscribers and 53 in the pipeline. Trading volume is about 20 million to 30 million shares per day, double-counted. Said Katsuyama, “the hard­est part about being a venue that is not broker-owned is that we have to grow our volume organically the old-fashioned way — through selling the merits of our model.”

“What we do very differently is how we deploy our matching engine and access to the matching engine,” Ryan said. “We have co-located our matching engine in one data center, the Savvis Data Center in Wee­hawken, NJ. We do not allow anybody in that facility to cross-connect to us; instead, we have deployed what we call our point of pres­ence, basically the front door to our venue, in a separate facility.”

“By de-coupling the entrance to our venue from our matching engine we have introduced 350 microseconds of latency that is applied to every incoming and outgoing message,” he continued. “This architecture is completely different from how most other venues deploy their technology and treat their subscribers. The norm is to provide low-latency cross con­nects within the same data center.”

IEX executives say the firm has provided transparency into its operations from the start, and it will continue to do so.

“When you look at our model, we con­fronted a lot of key market-structure issues head-on,” Katsuyama said. “People believe there is a huge conflict inherent in maker-taker pricing, so we are flat fee. People believe that complex order types create unfair advantages, so we have very simple and easy to understand order types. So when we designed our market we looked to directly disrupt certain market models and the industry status quo.”