The institutional ecosystem for digital assets has strengthened as shares in asset manager CoinShares Group started trading on a regulated exchange and Komainu, the regulated digital asset custody services in which it has a stake, completed a financing round.

CoinShares International Limited’s shares started trading on 11 March on the Nasdaq First North Growth Market in the Nordics. In 2014 CoinShares launched the first regulated bitcoin investment fund. The following year CoinShares offered the first bitcoin-based securities on a regulated exchange and the firm had more than $4bn (€3.3bn) in assets under management last month.

We are excited for CoinShares to be a publicly listed company! $CS commenced trading at market open on @Nasdaq #NasdaqFirstNorthGrowthMarket pic.twitter.com/2drMoYFdHX

Coinbase, the crypto exchange founded in the US in 2012, has also filed to go public in a direct listing on Nasdaq, at an estimated value of approximately $100bn.

Adam Kostyál, head of European listings at Nasdaq, said in a statement: “Companies like CoinShares offers a new way to operate in the financial services segment. Crypto assets and currencies are fascinating assets and are likely to become more mainstream.”

CoinShares, Japanese bank Nomura and blockchain experts Ledger formed a joint venture to launch Komainu, a digital asset custodian, which went live in June 2020.  Komainu is appropriately named after the lion-dogs, or stone guardians, that watch the entrance to Shinto shrines.

In 2018 CoinShares said that after an  extensive review of the custody products in the market, it found there were no existing products that met its security standards or the needs of its business.

Orser told Markets Media: “Our aim was to have between $1.5bn and $2bn of assets under custody by end of 2020. We now have more than $3bn from asset managers, financial institutions, corporations, and government agencies.”

He continued that assets onboarded in the first two months of this year have accelerated  as institutional interest in digital assets has grown.

Excited to have Alan Howard lead our $25M Series A with @GalaxyDigital, @Nomura, @CoinSharesCO and @Ledger, providing us with resources to expand our reach in the #digitalasset prime brokerage space with institutional-grade custody solutionshttps://t.co/yS7i7BRw4w

In February 2020 Komainu closed a $25m Series A fundraise led by Alan Howard of Elwood Asset Management, with additional participation from Galaxy Digital, NOIA Capital and Nomura Research Institute, who will each act as strategic partners to the business.

Orser said the new funds will allow Komainu to support additional assets and functionality and expand geographically while meeting the regulations in each jurisdiction.

“In addition to keeping assets safe, we could offer payment, settlement and reporting,’ he added. “Prime brokerage is very aspirational.”

Traditional custodians such as Standard Chartered, Northern Trust and BNY Mellon have all announced their intention to enter the digital asset market. 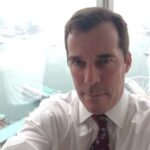 “Native custodians have acknowledged the need for crypto services but they take between 18 and 24 months develop,” said Orser. “They will likely look for partnerships with technology providers and sub-custodians.”

He predicted that financial markets infrastructure will look very different in five years time. Orser added: “Our aim is to help institutions get into the digital space, grow our assets under custody and be interoperable.”

In addition to the growth in digital assets, institutions are expected to increasingly use decentralized finance.

Decentralized finance, DeFi, or Open Finance uses smart contacts automatically executing on distributed ledger technologies, such as blockchains, to allow any user to stake cryptocurrency as collateral on a platform and provide services such as lending or liquidity without the involvement of a traditional financial intermediary.

Mariana Gomez de la Villa, head of DLT programmes at ING, told Markets Media that the Dutch bank is observing DeFi trends to understand what they could mean for the firm. 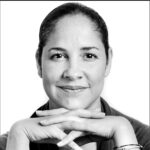 “The ecosystem is evolving and there is a huge opportunity to spot synergies and collaborate on nascent protocols, watching them evolve and learning from them,” she added.

She continued that the bank has a role to play in helping DeFi mature in areas such as consumer protection and regulatory scrutiny and they can learn from each other.

“DeFi lacks regulatory support and ING can act as a bridge to ensure consumer protection and privacy are embedded,” she said. “There is a lot to consider before the bank jumps actively into this space.”

“We do not know it all so the bank’s approach involves ING Ventures taking stakes in start-ups, running proofs of concept with our fintech team, building ourselves with our R&D arm or joining consortia,” she added.

“If we work together, innovation will follow.” @annerie_v, head of ING Neo, describes her pragmatic approach to #innovation and the ‘sweet spots’ where banks can make a difference for #customers. #strategy #tech https://t.co/dkoAk7vOm2

In October 2020 the bank put together all of its innovation activities, including wholesale, retail and group services, into ING Neo. The new dedicated business area is led by Annerie Vreugdenhil, previously head of wholesale banking inovation, and reports directly to chief executive Steven van Rijswijk.