Invesco completed its acquisition of Source, the European independent specialist  exchange-traded fund provider, one year ago.

In August last year, when the deal completed, Source managed assets of $18bn (€16bn) and had $8bn of externally managed assets under management. Source had an unusual model where it used to outsource asset management and partnered with high-profile fund managers, such as Pimco, for individual ETFs.

Invesco’s ETF business, PowerShares, had around $2bn of assets in EMEA, relatively modest compared to their assets in the US. 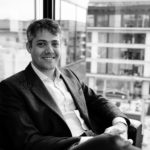 Nic Basson, head of EMEA ETF marketing at Invesco, told Markets Media: “We are optimistic about growing above our market share of 4% in Europe. We have a robust product pipeline and a busy few months ahead.”

Since the completion of the deal Invesco has launched more than 10 new funds in Europe, including an ETF listed in London that invests in the preference shares of US companies. Basson continued that Invesco’s assets in European ETFs are currently $32bn, although some European institutions will also invest in Invesco’s US ETFs.

“The preference shares product has been popular and gathered $250m,” he added. “There is also robust demand for fixed income, as well as smart beta, so we have to provide the right product at the right time.”

In the US an Invesco ETF tracks the Nasdaq 100  and the firm has launched a UCITs version which can be used by European investors with more favourable tax treatment. Basson said Invesco also had first mover advantage in Europe in June when it launched an ETF giving investors in the region exposure to Saudi Arabia through tracking the MSCI Saudi Arabia index. 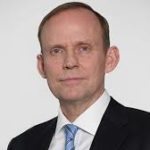 In the UK Invesco has also launched the Summit Growth range.

Environmental, governance and social investing strategies are another growth area for the ETF market.

“Invesco is committed to sustainable investing as an organisation so ESG ETFs are under consideration,” added Basson. “We see much work ahead as the industry comes to agree on common benchmark indices that fit their needs.”

Basson said: “The acquisition of both Source and Guggenheim in the US is proof of Invesco’s ambition in the ETF space.”

Assets invested in ETFs/ETPs listed in Europe reached $827bn at the end of July, a 3.17% rise from the start of this year, according to ETFGI, an independent research and consultancy firm.

“We are optimistic that the European ETF market will continue to grow at the same rate as investors increasingly use the products for portfolio construction and in some cases, as a substitution for futures,” added Basson.

Average ETF allocations increased to 10.3 % of total assets in 2017 from 7.7% in 2016 according to consultancy Greenwich Associates’ annual European ETF Study which was published in May this year. Approximately 40% of participants in the survey planned to increase ETF allocations in the next 12 months,

“This growth reflects the continuing adoption of ETFs into institutional portfolios as a standard means of obtaining beta exposures and the introduction of ETFs to a long list of portfolio functions, both strategic and tactical,” added Greenwich.

In the European Union the MiFID II regulations went live at the start off this year and mandated that ETF trades are reported for the first time in the region in an aim to increase transparency in a market where approximately 70% of trading volume is over-the-counter. The Greenwich survey found that 3% of investors planned to begin using ETFs as a result of regulatory reforms, while another 11% planned to conduct more research on the topic.

“The early results of MiFID II have been encouraging,” added Basson. “Data providers have some work to do to provide full visibility but that will take time as Europe has local markets, currencies and regulators.”

In the Greenwich survey  iShares, BlackRock’s ETF business, maintained its number one position with a score of 91% as the best ETF provider from European institutions. Invesco’s Powershares increased its score from 3% in 2016 to 19% in 2017. 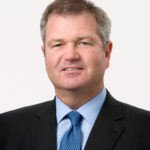 Martin L. Flanagan, president and chief executive of Invesco, said on the second quarter conference call that the group began building its ETF franchise in 2006 with the acquisition of PowerShares and has since expanded with Source and Guggenheim.

“We are now the fourth largest ETF provider globally and number two in smart beta globally,” added Flanagan. “We have 40 years of experience and expertise in factor investing, well ahead of competitors in this space.”

In February Invesco said it would be dropping the PowerShares branding over this year and then market all ETFs under the Invesco name.