Investors expect assets under management in the UK to fall after Brexit although a minority also expect overseas fund managers to open offices in the country after it leaves the European Union this year.

The study said: “Against this backdrop, while the survey’s overall findings suggest a fairly negative outlook for the UK fund management industry after Brexit, there is still strong appetite for companies to maintain and grow their presence in the UK.”

One third of survey respondents also believe there will be an increase in mergers and acquisitions as European fund managers look to acquire UK-based firms to give them a presence in the local market. One quarter also expect European-based managers to open offices in the UK after Brexit and one fifth said more American or Asian fund managers will launch UK offices. 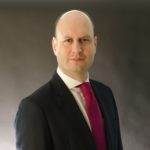 Brian Allis, head of State Street Global Services’ EMEA product team, said in a statement: “Our research suggests that, despite the headwinds and complexity that Brexit is causing, the UK is still a hub for a tremendous amount of investment management expertise, and an attractive centre for fund management activity in Europe. It is reassuring to see that, however negative the outlook for the UK fund industry may be right now, investors still want to maintain and grow their presence locally.”

Nearly all the respondents, 84%, said the main reason for overseas managers expanding their UK presence after Brexit is to access investment management expertise and knowledge. The majority, 55%, also expect UK regulators to take action to make it easier to open London offices post-Brexit.

The UK is due to leave the European Union on March 29 this year but the country’s Parliament has not yet voted on the deal negotiated with the EU by Prime Minister Theresa May.

Carla Jane Findlay-Dons, global regulatory markets strategist at Brown Brothers Harriman, said in the US bank’s On The Regs blog last month that the political debate has not given additional clarity to asset management firms.

However she noted that regulators have taken action despite the continued uncertainty. For example, the Financial Conduct Authority send a letter to a parliamentary committee laying out the UK regulator’s efforts to mitigate against the worst impacts of a “no deal” Brexit transition. The UK Treasury has also said it will allow EU-domiciled sub-funds launched after the 29 March 2019 to be marketed and sold into the UK under the temporary permissions regime.

“This relief provides a significant mitigation of Brexit impacts to managers wishing to continue to sell EU regulated funds into the UK,” she added. “However, there is as yet no similar accommodation for UK funds distributed in the EU.”

The European Securities and Markets Authority also said last month that EU firms would be allowed continued access to UK clearing houses and central securities depositories to limit the risk to the financial stability of the EU.

Esma added: “Therefore, Esma aims to recognise UK CCPs in a timely manner, where the four recognition conditions under Article 25 of Emir are met.”

One of the conditions is the establishment of cooperation arrangements between Esma and the Bank of England and the two regulators have been working on a memorandum of understanding.

“The MoU, like the equivalence decision, will take effect from the date following Brexit date, under a no-deal Brexit scenario,” said Esma.

Findlay-Dons’ colleague, Adrian Whelan, senior vice president of regulatory intelligence at BBH, said in the On The Regs blog last month that the political turbulence over Brexit has been greater than anticipated.

Whelan said: “Most UK-based asset managers didn’t waste time waiting around for clarity, using 2018 to relocate their management offices to Ireland, Luxembourg, or other EU financial centers so they would still be officially domiciled in an EU country. This includes UK-based managers of Ucits as well as managers of funds covered by the Alternative Investment Fund Managers Directive (AIFMD).”