Fund managers said investors are increasing their allocations to European equities as emerging market volatility has increased and US equities have become more expensive.

“European equities have performed well over the last couple of years and still look attractive as earnings have been recovering,” he added. “They are still attractively valued relative to other developed markets, including the US.” 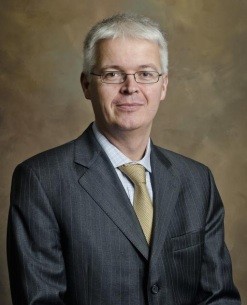 Clifton said T Rowe Price has invested in companies with a greater presence in domestic Europe than emerging markets.

“In the last year or two Spain and Italy have become quite attractive,” he added. “The market was very nervous about these countries so they presented an opportunity.”

Lisa Myers, executive vice president at Templeton Global Equity Group, said in a note that the most compelling opportunity set lies in Europe and it is also interested in European financial equities as some banks are still trading below one times book value.

“A large French bank is one example of the kind of value we are seeing today,” added Myers. “The company has rebuilt its capital base and has been paying back shareholders through dividends. Today, it has a sizable amount of excess capital on its balance sheet and has been bolstering holdings in existing subsidiaries throughout Europe.”

Templeton Global Equity has become more attracted to European equities as US valuations have increased. “Europe appears generally more compelling than the US in terms of where earnings are, where margins are, and the amount of catch-up European companies continue to do in relation to the United States,” Myers added.

Myers said that as Europe turns the corner and its recovery matures, emerging markets could present the next opportunity as they have cheapened over the past couple of months.

“But we tend to be contrarians, so when we see markets pulling back, we roll up our sleeves in search of opportunities.The markets are what we might call bifurcated, and so are the potential opportunities,” she said.

Dodd Kittsley, head of institutional product management and consulting for iShares, the ETF business at BlackRock, said in a blog that investors are looking for more European exposure as volatility in emerging markets has risen and US equities are no longer cheap.

In the first two months of this year US flows into pan-European equity exchange-traded funds were $5.3bn while single country funds took in $1.4bn according to BlackRock.

Clifton said that T Rowe’s Price mutual fund giving European exposure to US investors had good flows last year which have been sustained in 2014. “We have also seen increased interest from Asia as well as here in Europe,” he added.

US investors are either adding specific European allocations to their portfolios or overlaying Europe to their international exposures according to Clifton.

“If you look at the price to book ratio of the Eurozone versus the US compared to the long term average, you can see there is much value to be had overseas,” said Kittsley.

The Eurozone economy grew by 0.3% in the final quarter of last year, up from 0.1% in the third quarter, while the European Central Bank is holding its key interest rate at 0.25%. The market expects the ECB to keep its rates low for longer than the US Federal Reserve as deflation remains a concern in the region.

“The countries hit hardest by the debt crisis still have much progress to make before returning to normal, and a low-for-longer rate stance by the ECB makes European equities especially attractive at this time,” Kittsley added.

However BlackRock warned that in March there have been some setbacks for European equity ETF flows which may be related to geopolitical tensions between Russia and Ukraine.

Clifton said T Rowe does not have any exposure to Eastern European equities as its investments are in developed Europe.

He said the domestic European environment is robust and there are increasing signs of growth in the region but he warned that European equities could become less attractive if the euro appreciates strongly due to tensions in emerging markets.