In the search for alpha, emerging markets are becoming ever more popular but investors are beginning to demand even greater transparency as governance of these markets is brought into focus.

“Despite how different the emerging markets are from the developed markets in terms of governance, there is convergence rather than divergence,” said David Robinson, managing principal and portfolio manager of Prodigy Capital, a U.K.-based fund management boutique which invests in emerging markets. 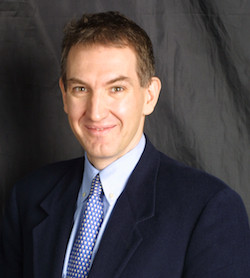 “The emerging markets start from a low base and there is a long way to go, but we are seeing big improvements in governance.”

And it is this influx of new money into the emerging markets, in the form of foreign investors, that is driving these changes. The incumbent emerging market exchanges, too, are ramping up their reporting standards.

“There is tremendous interest in these markets,” said Robinson. “It is not just the local investors any more, it is the foreign investors coming in.

“There has been a structural improvement in general governance standards and the steps exchanges have put in place for companies that list on their exchanges to comply with their rules has certainly improved matters.”

While new venues are also beginning to pop up in emerging market nations that may eventually need greater oversight before foreign investors are truly happy to take the plunge.

“There is an increased of level of sophistication in these countries,” said Paul Bate, founder and chief investment officer of Matterhorn Investment, a U.K.-based emerging market, long/short equity fund manager. “Entirely new markets are being created in some countries.”

However, it is on regulation that some emerging markets still lag quite a way behind their counterparts in the U.S. and Europe.

“The U.S. market is governed well with its reporting and disclosure requirements on companies,” said Robinson at Prodigy Capital. “Europe, too, and to some extent in Asia where Hong Kong and Singapore lead the way on regulation.”

Some, though, might argue that less regulation means more opportunities. Others see it quite differently.

Robinson highlighted Hong Kong as one example, despite it having quite stringent capital market regulations in place as compared to the rest of Asia.

“In places like Hong Kong there seems to be some backsliding,” he said. “There have been several instances of quite high-profile episodes where they are not quite as strict as they should be on bad governance.”