International Securities Exchange will have its ISE Mercury exchange ready for trading by the end of the second quarter, though the launch remains subject to approval by the U.S. Securities and Exchange Commission.

New York-based ISE’s flagship ISE options exchange has market share of about 10.5%, 3rd-most of 12 U.S. options exchanges, while its Gemini exchange, launched in August 2013, has a 3.1% share, according to the OCC.

“We look at our exchanges as a group because they’re intended to work together,” said ISE Chief Executive Officer Gary Katz. “They address certain segments of the market, and offer pricing to attract different types of customers, whether they be professionals or priority customers. This strategy is working well in a super-competitive environment.

Katz is reasonably constructive about the investment climate in 2015 despite continuing uncertainty over when the U.S. Federal Reserve will hike interest rates. A spate of volatility in January boosted trading volume in options and other financial markets, though that has since subsided. 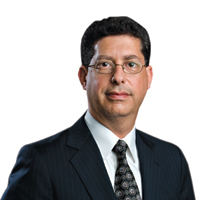 “The year started off well for the industry,” Katz told Markets Media. “We saw some volatility in January, which has settled down a little bit now as part of the typical cycle. There are signs of interest-rate movement, though it gets pushed off a little bit further and further with each speech. I still think people believe it’s going to happen in 2015.”

Ultimately, interest rate movement is going to bring added volatility, as well as some additional trading volume as companies begin to focus more on stock rather than debt as a way to raise money.

“That’s a good direction to go in, and from a very high-level macro perspective, interest rates will start to go up when the economy starts to get healthier,” Katz said. “That will be a positive for the industry, both equities as well as options.”

Overall, options have been stronger than equities. Average daily volume for options have been relatively flat for the past three years, while ADV for equities is down. “There’s room for growth in the equity market, and with that will naturally come incremental volume growth in the options market,” said Katz. “It might be too strong to say I’m excited, but the year has started off positively.”

In the very competitive options-exchange landscape, “ we tend to group with the middle group behind the CBOE,” Katz said. “We’re comfortable in that position. We don’t have the proprietary indexes to leverage off of, but we’re incredibly competitive with the other exchanges.”

Katz said ISE is continually looking for opportunities to innovate. Its front-end terminal PrecISE is a device that allows customers to access not just ISE’s market, but competitors’ markets. “We’re improving its risk-control mechanisms, its auction mechanisms, and even its reach into the equity markets through our buy-write facility that allows customers to actually send stock orders, not just to dark pools, but to the lit market as well, giving them more liquidity to access,” said Katz.

Regarding ISE Mercury, ISE has filed a Form 1 application. The exchange will service a segment of the options market not currently active on ISE or ISE Gemini. The goal is to reach across market segments and to deliver trading functionality, customer service, and competitive fees to different constituencies in the industry through the three exchanges.

“Internally at ISE, the project has moved along very nicely,” said Katz. “We’re using the same technology, T7, that underlies ISE and ISE Gemini. It’s the same data centers, same networks, and ultimately the same members because it’s very easy for them to opt in to membership of ISE Mercury if they’re members of ISE and ISE Gemini.”