The European Central Bank launched the T2S project in 2008 to end fragmentation in securities settlement by providing a single IT platform to settle transactions in central bank money across borders, Central Securities Depositories and currencies across the Eurozone. All participating CSDs pay the same price to use the platform so there is no difference between domestic and cross-border transactions.

Alessandro Zignani, head of post trade sales at the London Stock Exchange Group, told Markets Media: “There has been good interest from clients to participate in wave one, which will also position Monte Titoli to become a European player. We have a number of clients in the pipeline which justifies Monte Titoli’s decision to participate from the outset.”

The first four CSDs from Greece, Malta, Romania and Switzerland went live on T2S at the end of June. Italy was also due to join in June but the ECB agreed to a formal request by Monte Titoli to reschedule the Italian community’s migration to 31 August .

“The migration was successfully completed and we have to thank the contribution of our clients,” added Zignani. “Over the first two days the open and close has gone very well without any problems.” 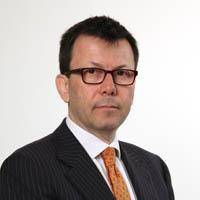 Zignani said international clients are now reviewing direct access to market infrastructures with the benefit of central bank money and cash and collateral pooling to lower their settlement costs.

“Our collateral management platform, X-Com, maximizes the benefits of the new settlement platform and as the second and third migration waves complete, the benefits to clients will increase,” added Zignani. “Early birds will know how to operate in this new environment before the other waves join and that will be a big plus.”

The Deutsche Bundesbank said in a statement this week that in addition to the CSDs, nine central banks opened cash accounts for their customers in T2S so they can pool their liquidity in a single cash account and run down the liquidity buffers they hold in different markets.

The Bundesbank said: “Following the operational launch by Monte Titoli, Bundesbank customers can now also make use of the T2S auto-collateralization feature within the framework of an interim solution, which constitutes a key service in the optimisation of liquidity management. T2S auto-collateralization facilitates the settlement of securities transactions – through the automatic provision of intraday credit – which would otherwise have failed owing to a lack of liquidity.”

Once Clearstream Banking Frankfurt, the German central securities depository, goes live on T2S in September next year, all securities that have been admissible for the German auto-collateralization facility will also be accepted in T2S.

“While the second and third wave migrations will require another technology project effort from Monte Titoli, completing our migration was a big test and we have learnt from our experience,” said Zignani. “The platform will be more stable now that a CSD as large as Monte Titoli has joined.”

Monte Titoli became part of the London Stock Exchange Group when the UK bourse acquired Borsa Italiana. It is the largest CDS to join T2S in the first wave with €3,400bn of assets under custody. Other CSDs, including France and Germany, will connect to T2S in three waves over the next two years.

Mauro Dognini, chief executive of Monte Titoli said in a statement: “The Italian market will account for around 90% of volumes in the first wave of T2S and represents an opportunity for Monte Titoli to expand its offering, delivering solutions designed to improve efficiencies and increase choice for customers”.

A 2014 study commissioned by Clearstream and conducted by consultancy Oliver Wyman found that brokers, asset managers and banks could save between €30m and €70m annually if they take timely action to consolidate assets across major T2S markets.