Investment Technology Group has launched a digital community for the sharing of ideas and collaboration in trading and portfolio analytics. Called ITG Analytics Incubator, the idea is to foster collaboration among the academic, regulatory and institutional trading communities.

“I have a true belief that there should be at least a concept of open source analytics within institutional trading.” Ian Domowitz, managing director and head of analytics at ITG, told Markets Media. “Most of us spend our time doing research. We create products which we then sell. I came to the conclusion that a certain amount of transparency into how we think about this in financial engineering terms and transparency into the data for people to use in their own applications is important.”

Open source financial applications are being championed via initiatives such as Bloomberg’s Open Symbology. Through this project, Bloomberg has launched Financial Instrument Global Identifier, which is standardized, open-source reporting on syndicated loans that enables asset managers to identify loans and create reports to better understand investment performance.

U.S. Bank has adopted the identifier for trust reporting. “We expect the move toward open-source to become an industry and worldwide trend as firms look to eliminate the problems associated with integrating multiple identification systems,” said Mark Betteridge, global product manager, syndicated loans and league tables at Bloomberg, in a release.

“The finance industry will, like many others, move to mobile computing,” Domowitz said. “We’re taking advantage of modern information infrastructure to put out information. This site is not just a website in the sense that you need to access it from your desktop. It ports to tablets and to phones. Actually, it contains explicitly mobile applications for various things. “ 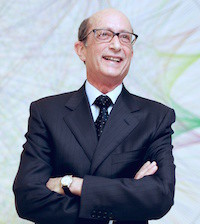 ITG did a ‘soft’ launch about a month ago and built up the community before officially launching. It now has nearly 1,000 users, and added 270 new users upon official release in about 500 sessions, Domowitz said.

The Incubator includes four types of content: apps, data, research, and community. The Apps section includes prototypes from ITG’s own financial engineering. “There’s a large gap between the time you conceive of an idea and the time you actually produce product,” said Domowitz. “We’re opening a window into our own product development by posting financial engineering prototypes to that site for download.”

“All those apps can be downloaded from the site, or they can literally be accessed directly, given the nature of the site itself,” Domowitz said.

All of the apps are freeware, he added. “This is not an apps store, where people post applications for sale. We’re not doing that. We’re not using it to post other people’s commercial products.”

The Data section includes ITG Peer Analytics reports, based on ITG’s databases of transaction data, which can serve as building blocks for cost-related modeling as well as benchmark weights for event analysis.

“We produce a lot of derived data that’s behind our applications, whether they’re in production or prototype mode,” Domowitz said. “People can access the drivers of our products, in terms of data feeds, to use in their own application. It’s meant for aficionados that are looking to do their own research, but may not have the data access that ITG analytics does.”

The research library section includes all articles, presentations, and videos produced by the ITG Analytics team since 2006, while the community section is intended to stimulate collaboration and advancement in trading and portfolio analytics and helping to improve trading strategies.