KCG Holdings has acquired an independent agency broker based in Sweden as the combined firm expects to benefit from a shift in volumes to independent execution-only firms.

The U.S. securities firm has agreed to buy Neonet Securities from its shareholders, Hay Tor Capital, KAS Bank and Cidron Delfi Intressenter Holding, for undisclosed terms. Neonet was founded in 1996 and provides algorithmic trading, smart order routing and sales trading primarily in European equities across 30 public and private markets to approximately 200 clients in more than 20 countries. 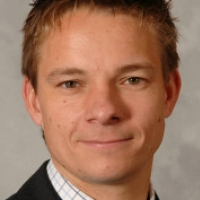 Philip Allison, chief executive of KCG Europe Limited, told Markets Media he has had a mandate for expansion in the region since joining the firm two years ago.

‘We offer every business that we have in the U.S. in Europe, but the deal allows us to grow across the board, especially in the electronic business,” Allison added. “NeoNet has good longevity, clients, team and execution services and we can offer investment to take the firm to the next level and build into other areas.”

Allison said the deal will allow KCG to expand its Nordic client base and offer them a range of asset classes. KCG also offers principal trading via exchange-based market making and trading across asset classes including global equities, fixed income, options, currencies and commodities via voice or automated execution.

For example, KCG has Bondpoint, a fixed income trading platform and can trade ETFs. “We have a market making operation for European-listed exchange-traded funds and that is amongst our key strategic aims,” he added.

The transaction is expected to close later this year. After the close Neonet will continue to be led by chief executive Tim Wildenberg and will maintain headquarters in Stockholm.

Wildenberg told Markets Media that Neonet had been organically growing its client business but a recent strategic review had found that the firm was light in the UK but had a heavier concentration in the Nordic region. In addition MiFID II, the new regulations covering financial markets in the European Union, are due to come into force at the beginning of 2018 and will affect every aspect of trading and best execution.

“MiFID II was a driver for seeking investment and the transaction gives us a faster way to achieve growth,” Wildenberg added. “It is a nice fit as both firms are focussed on trading and technology.”

Allison continued that MiFID II was taking the market in a good direction for the market and the combined firm. “We are experts at best execution and algos, and clients will continue to unbundle and seek independent execution,” he added.

Wildenberg said: “The ‘execution only’ space is heating up and we are excited at opportunities for the combined group.”

MiFID II encourages unbundling, the separation of payments for research and trading, which have historically been bundled together in one commission rate.

John Ashdown, managing partner at Hay Tor Capital, said in a statement: “We are delighted that such a major industry participant as KCG will now take the Neonet business forward to the next level at an immensely exciting time of industry transformation in Europe.”

Patrick Young said in his Exchange Invest newsletter: “NeoNet had gone through multiple cycles of struggle without arriving conclusively in conspicuous success nor the demise some had often talked about. This deal makes sense – KCG scales up its client focus post pure HFT play with alacrity and gets some good staff and contacts while NeoNet gets the balance sheet it arguably long required.”

KCG expects the acquisition to be slightly accretive to earnings in 2017. The deal is expected to save costs through the consolidation of exchange memberships, market data, routing and other operational costs.

Daniel Coleman, chief executive of KCG, said in a statement: “Despite relatively poor market conditions for most of the second quarter, KCG produced reasonable financial results. KCG market making in U.S. equities had another strong quarter with a revenue capture of 1.07 basis points. In addition, our franchise ETF desk and KCG BondPoint both showed continued growth in revenues and market share.”

Outside of U.S. equities, market-wide trading activity in the second quarter declined in European equities, U.S. Treasuries and currencies from a year ago.

KCG said: “In the second quarter of 2016, institutional trading activity was tempered in anticipation of the June Federal Open Market Committee meeting and the Brexit referendum in the U.K., affecting U.S. and European equity market volumes.”