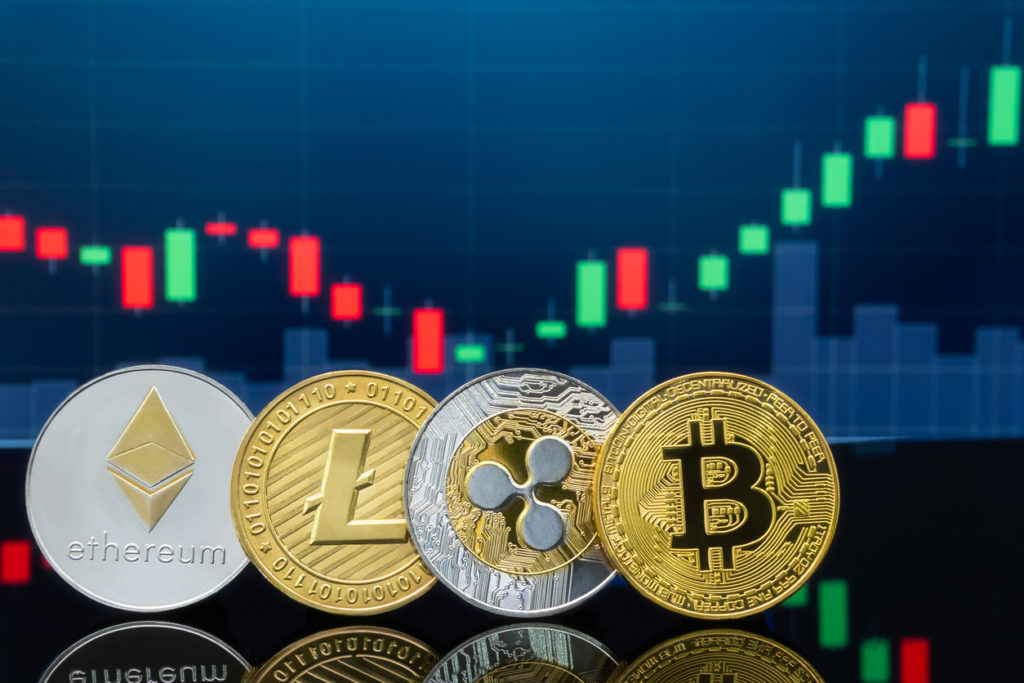 Olsson spoke on a panel, The Future of Crypto in Europe, at FIA IDX in London. He described his day job as speaking to institutions about crypto adoption and education about spot and derivatives markets.

“Out of the top 40 or so hedge funds globally I have had conversations with 80% of them but far fewer have entered the market,” said Olsson.

He explained there is a time lag between firms hiring the right people, building technology and deploying crypto strategies.

“I think that it will take the next six months for us to see significant entrants from the top 10 hedge funds with a bit more risk appetite,” Olsson added. “Asset managers have a long way to go in figuring out how to enter the space.”

Olsson joined BlockFi in May last year with responsibility for growing institutional services across European and Asian markets. He has 20 years of previous experience in financial services at Bank of America Merrill Lynch and Credit Suisse covering prime brokerage and equity derivatives.

Duncan Trenholme, co-head of digital assets at TP ICAP, said on the panel there has been an increase in interest from institutions in crypto, especially over the last nine months.

Great to speak at the @FIAconnect #FIAIDX Conference in London today discussing the future of #crypto in Europe. Very topical for us at @TPICAPGroupPLC as a London headquartered firm and on the day @chainalysis reported that Europe is now the world’s largest Crypto market https://t.co/vR2dd44v9Q

In June this year TP ICAP  announced it is aiming to launch a wholesale trading platform for cryptoassets in collaboration with Fidelity Digital Assets; Zodia Custody, a Zodia is a venture incubated by the innovation arm of Standard Chartered, SC Ventures; and Flow Traders.

As an interdealer broker TP ICAP began by offering access to traditional financial products that reference cryptocurrencies such as CME’s Bitcoin futures and products listed on Bakkt, the crypto exchange originally launched by ICE.

Trenholme said: “It’s not a surprise that institutions like dealing with crypto through “Tradfi” or traditional financial products. Internal control functions such as compliance and risk departments understand these products because the firm deals with them every day in other asset classes.”

On 13 September Eurex launched the first regulated market in Bitcoin-related derivatives in Europe  The futures contract is based on the ETC Group’s BTCetc Bitcoin Exchange Traded Crypto, which is listed on the Frankfurt Stock Exchange.

On Wednesday, #TPICAP Digital Assets celebrated the upcoming launch of their innovative wholesale trading platform for #cryptoassets in collaboration with one of the launch custodians, @Fidelity Digital Assets. To find out more about the launch, email digitalassets@tpicap.com. pic.twitter.com/Ot4tPcrlP6

TP ICAP’s strategy is to move to allow clients to trade the underlying assets and expand over-the-counter derivatives for crypto assets such as in foreign exchange.

Simon Barnby, chief marketing officer at Archax, the first digital securities exchange regulated by the UK Financial Authority, said on the panel that regulatory uncertainty around digital assets is a challenge for institutions.

Archax is proud to announce becoming the first ever FCA regulated exchange, brokerage and custodian for digital securities.

This milestone means global digital issuances will be able to trade on an FCA authorised secondary market.

A poll at the conference found that lack of clear and consistent regulation was the biggest barrier to adoption of crypto assets by institutional investors.

“The challenges are being addressed, such as with derivatives,” he added.”We’re trying to build a bridge between the new crypto world and the regulated institutional space by getting authorisation from the FCA but also building an exchange that has all the controls and processes in place institutions would expect.”

Archax has launched a subsidiary, Montis Digital, to build digital native, blockchain based post-trade infrastructure for tokenised assets. The venture will be led by Martin Watkins, the former EY, Atos Euronext, and Euroclear veteran as Montis Digital chief executive.

Archax said many tokenised assets are regulated instruments and regulation, such as the European Union’s Central Securities Depositories Regulation (CSDR), applies but existing CSDs are not digitally native or blockchain based.

Graham Rodford, chief executive of Archax Group, said in a statement: “The potential benefits of using blockchain technology in financial markets are particularly relevant in the post-trade space, where currently there are many intermediaries involved and the whole process can be time consuming and inefficient.”

Today we are excited to announce our subsidiary, @MontisDigital.

Montis is a digitally native blockchain based post-trade infrastructure that allows tokenised assets to realise their full potential.

Barnby highlighted that the FCA is focussing on firms who are offering services on any kind of crypto asset who have to be registered with the regulator.

“I’m not quite sure that derivatives fall under the crypto asset register as it’s not particularly clear exactly what is covered,” said Barnby.

Ian Taylor, executive director of CryptoUK, said on the panel that the UK’s self-regulatory trade association representing the cryptoasset sector is holding a round table with the FCA for members to discuss the regulatory clarity that they require.

Olsson expects there will be strong demand for OTC providers of bespoke products.

“We’re eventually going to see a reverse takeover of blockchain and crypto taking over all the other asset classes at institutions and traditional exchanges,” he added. “We are in the very early days like the  cricket like the first innings in baseball.”

He compared the process to Amazon beginning by selling books online which eventually led to each large scale retailer developing their own online direct to consumer model.

Barnby added that the growth potential of the crypto sector is enormous and the market will become more regulated.

“Market infrastructure will evolve and and become more institutional,” said Barnby. “Blockchain and tokenization, particularly in the post-trade space is is so much more efficient and regulation will evolve to allow it to happen.”

He used the analogy of music consumption changing from vinyl to CDs to downloads and streaming.

Taylor said there also needs to be clear accounting standards for crypto and rules for taxation.