LCH.Clearnet has launched clearing of European senior financials credit default swaps as cleared CDS volumes have risen 28% in the first five months of this year.

This week LCH.Clearnet, a subsidiary of the London Stock Exchange, said it had started to clear the Markit iTraxx Senior Financials Indices and all 36 single-name constituents of these CDS indices.

Frank Soussan, new global head of CDSClear at LCH.Clearnet, told Markets Media: “Most members trade both indices and single names and so in order for them to benefit from portfolio margining, we need to provide solutions for both. We are the first CCP to clear the full range of financials indices and single names which helps to resolve this issue and expect to see good traction from our offering as a result.”

Based in Paris, Soussan  joined LCH.Clearnet last November as head of in-business risk for CDSClear. He takes over as global head of CDSClear from the beginning of next month from Gavin Wells, who will focus exclusively on ForexClear, LCH.Clearnet’s foreign exchange clearing business. Soussan has previously worked as a credit trader at Société Générale, JP Morgan and hedge fund Renshaw Bay.

LCH.Clearnet launched CDS clearing for four French banks in 2010 and expanded internationally in 2012. In 2013 the service began to include European clients and US clearing members and added 187 single name index constituents. 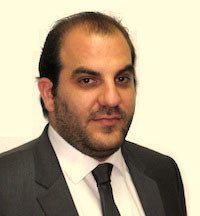 “We have listened to our clients over the last year, and as a result CDSClear is competitive and viable service,” he added. “I take over the service with the objective of increasing our market share, which we believe relies on CDSClear’s innovation in our product suite and in our risk methodology, as well as our commitment to acting as a partner to our members.”

CDS trading volumes fell by approximately half after the financial crisis but clearing could help boost liquidity.

Wells told Markets Media: “Clients are increasingly understanding that clearing a product such as CDS tends to improve the liquidity of the product. We will continue to discuss potential new initiatives with our members including, for example, providing our European clients with more choice between account structures.”

US regulations began to make CDS clearing mandatory in 2013 and Wells expects mandatory clearing of CDS to begin in Europe for banks in the summer of next year and for buy-side clients towards the end of next year.

Soussan said: “We expect to see a steady increase in volumes before clearing becomes mandatory as banks are already voluntarily frontloading contracts.”

In the US dealers are pricing cleared CDS more aggressively than bilateral trades due to increased capital costs – which should drive more firms to clear voluntarily – according to a blog by Clarus Financial Technology in April. Clarus said: “As more firms clear, more dealers will make markets in single name CDS. As the cleared swap world grows, you’ll start to find a healthy sap execution facility (or SEF-like) market for single name CDS.”

On June 25 the London Stock Exchange Group said in its interim results for the five months ended 31 May that it had cleared €45.1bn of CDS notional, up 28% from the same period a year ago. CDSClear members rose from 9 to 11 over the same period.

Rival Intercontinental Exchange dominates CDS clearing. ICE became the first to clear CDS in March 2009 and since launch has cleared more than $65 trillion CDS globally across over 500 CDS instruments, with over $13 trillion in client clearing, according to its website.

Scott Hill, chief financial officer of ICE, said on the exchange’s first quarter results call in May that CDS clearing revenues were $29m. He said “Growth in buy- side participation continued, which accounted for 37% of the gross notional cleared in the quarter in our US CDS clearing house, ICE Clear Credit.”

“There’s no question that clearing members are under an immense amount of pressure from all the various capital rules,” Hill said. “That’s one of the reasons why you see us continuing to work on things like portfolio margining and our CDS clearing house, offering new products at all of our clearing houses whether it’s interest rate or energy, trying to generate capital efficiencies.”

Soussan argued that CDSClear could gain share as it is the only Emir-authorised CCP clearing CDS, it is licensed by the CFTC in the US and market participants like to have choice.

“Our risk management standards are very high and both our margin and stress testing frameworks appropriately capture the risks borne by the CCP. Clients can benefit from netting opportunities by clearing all products through the same CCP,” Soussan added.