The steady drumbeat of bearishness emanating from Wall Street bond-trading desks shows no signs of letting up.

Last week, Bloomberg reported that Deutsche Bank, UBS and Royal Bank of Scotland are considering selling their minority stakes in Tradeweb, an electronic trading platform operator, amid stricter regulations and difficult business conditions in fixed income and derivative markets. Global banks including Goldman Sachs, Credit Suisse and Barclays have been cutting jobs this year, and already-thin bond desks have been among the areas hit. 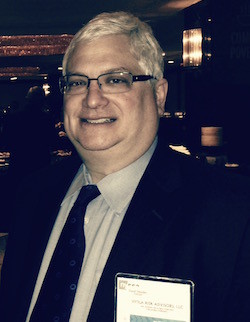 “If you’re on the sell side, whether as a salesperson, trader or debt or equity capital markets officer, you can’t put your head in the sand and hope things will get better and go back to the times of the early and mid-2000s,” said David Hendler, a veteran credit analyst and founder/principal at Viola Risk Advisors. “That’s just not going to happen. Even if they dismantle half of Dodd-Frank, which is a very big if, it’s not going to happen.”

Hendler cited two underlying causes to the stickiness of the present-day market landscape: new technologies that have disintermediated the Bulge Bracket, which historically was the first and last stop for credit-market liquidity, and transgressions that diminished trust in big banks. “Technology has advanced, and the buy side distrusts the sell side more than they used to,” Hendler told Markets Media. “You have to think outside the box and come up with other ways to deliver the product if you want to stay involved in this market.”

That’s just what a number of former Wall Streeters are doing, whether via one of the several dozen electronic trading platforms that have emerged in recent years, or at a buy-side-led liquidity-pooling initiative, or at a start-up advisory firm. Enabling institutional fixed income investors to efficiently trade blocks is the holy grail; no one entity can accomplish this alone, but each new idea, methodology or process can be a piece of the liquidity puzzle.

“There remains a growing appetite to innovate, both across the buy side and sell side as well as some of the new entrants,” said Chris White, CEO at 15-month-old fintech consultancy ViableMkts LLC and formerly an electronic trading executive at Goldman Sachs. “People want to use technology to improve performance in fixed income markets, whether it’s their ability to access liquidity through their market-making business or their ability to build new solutions.”

According to White, marketplace needs include deeper understanding of individual trading platforms, better strategies around sales-technology systems, and solutions and tools designed specifically for the sell side.