Growing industry acceptance is driving on the process to attach a barcode to all financial trades, so as to help regulators across the globe monitor systemic risk, although some market participants are warning that it will be some time yet before there are real benefits to be gained from the legal entity identifier (LEI) initiative.

The lack of any standardization to identify financial trades caused a major problem in the aftermath of the collapse of U.S. investment bank Lehman Brothers in September 2008 as many financial institutions struggled to work out their counterparty risks to the firm. 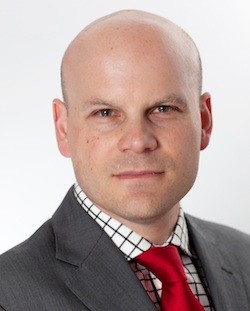 An LEI, a 20-digit numeric or alphanumeric code, would identify a firm by its name, address and jurisdiction but would not contain any embedded intelligence.

At present, the Financial Stability Board, the G20’s regulatory body, has begun laying the framework for such a regulatory capability. In parallel to this, the Commodity Futures Trading Commission (CFTC), a U.S. regulator, has instigated a provisional LEI, called the CFTC’s Interim Compliant Identifiers, or CICI, which is designed to be an identifier for all legal entities dealing in OTC derivatives falling under CFTC jurisdiction and which the CFTC hopes will morph seamlessly into a future global LEI system, which is expected by March 2013. The move by the CFTC to create the CICI was brought about because the U.S. Dodd-Frank Act has mandated initiatives to create standard LEIs.

“The intention with the LEI is that it gets used as freely and widely as possible to help regulators really help in their objective of managing systemic risk on a long-term basis,”
Darren Marsh, business manager, risk and compliance services at Interactive Data, a provider of financial market data, told Markets Media.

“Being part of the distribution chain, as a vendor like ourselves, is a very important part of making that work. It will make the LEI become embedded in day-to-day processes.”

However, Marsh warns that there is still some way to go for the LEI project.

“The CICI is the provisional LEI that has been mandated by the CFTC and in that case firms have to use it for OTC derivatives trading,” said Marsh. “I think we’ll see more of that. We’ll certainly be seeing more regulators openly discussing the potential to mandate the code and we will see that going forward. But then it will be how is this adopted on a regulator by regulator basis as it could obviously take some time to get to critical mass before we get to the point where there are real benefits to the industry as a whole.

“In the U.S., for example, it is much easier for regulations to come into force as the regulators are all in the same location and governed by same rules and laws. With Europe, it is on a country by country basis so you need to make sure that it fits with the laws of the land with each individual location.”

Marsh added: “What we have seen though is a broad acceptance by the industry as a whole. They can see the benefits in this. Where the questions remain are the distribution model and the commercials themselves. That is the stage we are at at the moment.”

The International Organization for Standardization, the international standard-setting body, has established a draft standard, called ISO 17442, for the LEI and it is planned to be operated as an at-cost utility by the U.S. Depository Trust & Clearing Corp, the post-trade financial services group, and Swift, or the Society for Worldwide Interbank Financial Telecommunication, a society that operates a messaging service for financial messages, whose headquarters are in Brussels, Belgium.

Omgeo, a provider of post-trade services, has also recently announced that it will be aiding the advancement of the LEI process by adding LEI capabilities to its Omgeo Alert system, a web-based global database for accurate settlement and account instructions.

The new functionality is in response to requests made from market participants who, following the collapse of Lehman Brothers, wanted to gain a better understanding of which legal entities they were trading with.

“The creation of legal entity support in Alert is an example of Omgeo initiating practical steps towards providing Alert clients with greater transparency in the markets,” said Bill Meenaghan, global product manager for Alert at Omgeo.

“Following the collapse of Lehman Brothers, Omgeo became involved in discussions with a number of our clients who, overwhelmingly, wanted to identify ways to better understand and track the underlying legal entities for each counterparty.

“Alert was enhanced in direct response to these specific and growing industry requirements. While this is an independent initiative, in anticipation of a mandated legal entity identifier, we have added an LEI data field in accordance with regulatory requirements and in support of the LEI.”