The implementation of Basel’s standardized approach for measuring counterparty credit risk in the US next year and Libor transition are expected to boost activity for Quantile Technologies, which provides multilateral risk optimization services. 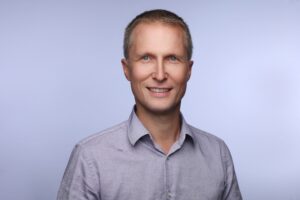 Andrew Williams, chief executive of Quantile, told Markets Media that the Basel Committee on Banking Supervision’s SA-CCR will be a driver of volume in the US.

Under Basel’s new approach banks’ capital requirement could increase as it is mandatory for both over-the-counter and exchange-traded derivatives and long settlement transactions.

Quantile was launched in 2015 and provides compression and margin optimization services.

Williams said: “Our interest rate compression service has been growing. In April we ran a record $7.2 trillion compression run at LCH.”

Lear Janiv, managing director at Goldman Sachs, said in a statement: “The expansion into cleared interest rates could lead to materially higher efficiencies across sell-side and buy-side communities.”

LCH is the clearing business of the London Stock Exchange Group and Quantile also provides services for CME Group. The firm is also working with the Japan Securities Clearing Corporation to launch compression in the country in 2021.

“We are currently working with JSCC to launch our compression service in Japan next year – this is an important step in our growth plans for Asia,” he added. “Interest in Eurex compression also continues to build.”

Eurex is looking to gain market share in clearing after the UK leaves the European Union, although LCH has been granted temporary equivalence to give EU firms continued access until 30 June 2022.

Compression is also helping banks transition derivatives contracts from Libor as the benchmark interest rate is expected to be discontinued after the end of next year.

After the financial crisis there were a series of scandals regarding banks manipulating their submissions for setting benchmarks across asset classes, which led to a lack of confidence and threatened participation in the related markets. As a result, regulators have increased their supervision of benchmarks and want to move to risk-free rates based on transactions, so they are harder to manipulate and more representative of the market.

Williams expects the use of compression to aid Libor transition to ramp up next year.

“We enable participants to prioritise the reduction of Libor trades and new RFR trades as risk replacements,” he added. “We support alternative indices for all G3 currencies – SONIA for sterling, €STR for euro and SOFR for US dollar.”

This week ICE Benchmark Administration, LIBOR’s administrator,  said it will consult on ceasing publication of the one-week and two-month USD LIBOR on December 31, 2021, and the remainder on June 30 2023.

The Federal Reserve Board said it welcomed the proposal which enabled a clear end date for USD LIBOR as banks should stop writing new USD LIBOR contracts by the end of 2021, while most legacy contracts will be able to mature before LIBOR stops.

US and UK regulators, and #LIBOR’s administrator, today announced a proposal and supervisory statements that would enable a clear end date for USD LIBOR and would promote safety and soundness of the financial system. #LIBORsTickingClock

John Williams, president of the Federal Reserve Bank of New York and in his capacity as co-chair of the Financial Stability Board’s Official Sector Steering Group, said in a statement: “These announcements represent critical steps in the effort to facilitate an orderly wind-down of USD LIBOR. They propose a clear picture of the future, to help support transition planning over the next year and beyond.”

Phil Lloyd, head of market structure & regulatory customer engagement at NatWest Markets, said in a blog that US regulators had emphasized they do not expect any new trading in USD LIBOR after 31 December 2021.

“This means that firms need to be ready, banks need to be ready, markets need to think that a Feb next year announcement snap is likely and maybe the June 2023 date is really just focusing on another way of delivering the tough legacy solution,” he added.