Jason Granet, who is leading the Goldman Sachs’ Libor transition efforts, said changes in the market to move to new risk-free reference rates have happened faster than expected, although the European Union has made the least progress.

Granet spoke about the change on the latest episode of the Exchanges at Goldman Sachs podcast. 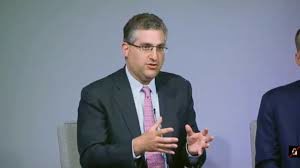 He said: “Libor isn’t just ubiquitous in markets, it’s foundational for how a lot of other things are built.”

After the financial crisis there were a series of scandals regarding banks manipulating their submissions for setting benchmarks across asset classes, which led to a lack of confidence and threatened participation in the related markets.

As a result, regulators have increased their supervision of benchmarks and want to move to risk-free reference rates which are based on transactions, so they are harder to manipulate and more representative of the market.

Granet said three-month Libor is most commonly used and referenced by approximately $200 (€177) trillion of global assets. However, there is a mismatch as daily activity in interbank loans is only between $300m and $500m.

“The new benchmarks are based on actual transactions and robust volumes, rather than judgements from the banks submitting Libor,” he added.

Beth Hammack, global treasurer of Goldman Sachs, said on the podcast that the transition should improve the safety and soundness of financial markets.

“There was the risk of a large market referencing a much smaller market, which could have unintended consequences,” she added. “The transition will be painful as so many products reference Libor.”

Garnet continued that the industry is working to understand the documentation required to enable the transition and to inventory the affected trades. However he was optimistic on the progress being made, especially on the development of new products.

“The industry is a lot further ahead than we expected even six months ago,” he added. “We expected to reach this stage in the  first quarter of 2019.”

In the US the Federal Reserve has identified the secured overnight financing rate (SOFR) as its preferred alternative for US dollar Libor, which is a secured overnight rate based on a large universe of repo transactions. 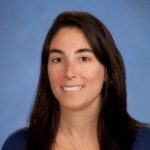 Hammack said: “SOFR  is a risk-free rate as it is based on Treasury collateral. There are $800bn of daily transactions versus only $300m for Libor.”

However she noted that US three-month Libor is the most liquid tenor and is credit sensitive, but SOFR does not have the same sensitivity.

Garnet added: “For those who want credit sensitivity, risk-free rates are a square peg in a round whole.”

However he continued that the market has made good progress with developing SOFR products.

“SOFR swaps and futures are being traded with futures having liquidity in the first 12 to 18 months,” he said.  “There is also new SOFR bond issuance every week.”

Last month was a record month for SOFR swaps activity, with at least 12 trades, according to a blog today by Chris Barnes at analytics provider Clarus Financial Technology.

Barnes added that Fannie Mae, the US agency, has issued another $5bn of SOFR-linked debt in October and last month also had the first SOFR block trade in significant size.

“The volumes reported in SOFR swaps had been quite underwhelming – until yesterday,” Barnes said. “It looked like a lot of test trades, for both basis (vs Fed Funds) and outright were going on. And then at 14:37 CET yesterday, there was the first SOFR block trade – a $460m+ 2 year outright swap that was probably tied to this Fannie Mae issuance activity.”

The UK has chosen the Sterling Overnight Index Average (Sonia) as its risk free reference rate. On the podcast Garnet said Sonia has the most robust market and is best supported at the longer end of the curve.

The European Union has selected  the euro short-term rate (Ester) as alternative euro risk-free rate and replacement for EONIA which has not yet been published. The European Central Bank is due to publish Ester by October 2019 at the latest.

“Europe is on the thinnest ice as the new rate won’t be published until next fall,” said Garnet. “New EU  benchmark legislation will stop historical rates applying from January 2020, so there is a very short window, and the market needs to get up quickly.”

Garnet continued that the market will be looking for more bond issuance referencing new rates by the end of this year,  and for futures volumes to grow substantially.

“Another landmark will be the FASB releasing guidance on using the new rates in hedge accounting, which is important for our corporate clients,” he added.

The Financial Accounting Standards Board last week added SOFR to its list of permissible benchmark interest rates for hedge accounting.

“On a granular level, trading systems need to be able to accommodate the new rates,” she said. “Risk models based on Libor also need to be recalibrated.”